The coronavirus pandemic defined the course of the economy in 2020.

Enacted to stem the spread of the virus, the social distancing measures that swept the country this year took a historic toll on the U.S. and global economy. And even with a start-and-stop recovery under way, the pandemic has left in its wake scars that will take time to fully fade.

At its worst point this year, gross domestic product (GDP) in the second quarter this year sank by a record 31.4% on an annualized basis, or more than three times the previous pandemic-era record contraction of 10.0% annualized in 1958.

But the record contraction was met with a record infusion of stimulus, as lawmakers and central bank officials stepped in to try and provide support. The Federal Reserve slashed U.S. benchmark interest rates to zero, re-started an aggressive program of asset purchases and unleashed a suite of emergency lending facilities. And on Capitol Hill, congressional lawmakers authorized a $2.2 trillion stimulus package offering direct checks to individuals, enhanced unemployment benefits, state and local government aid and funds for small business, among a host of other provisions. And another relief package was just signed by President Trump.

Helped by stimulus and a slow rollback of virus-related restrictions, the U.S. economy grew at a record 33.4% annualized rate in the third quarter this year. Overall output, however, remains below pre-pandemic levels.

And even with targeted support, many vulnerable populations have remained the hardest-hit by the outbreak, giving rise to the notion of a “K-shaped” recovery. And while the economy wallowed, a surge in the stock market and new consumption trends have enriched the strongest companies and individuals while leaving broad swaths of society still struggling.

“I’m willing to bet that this time last year nobody (including us) was forecasting that a pandemic would rip through the world in 2020, causing the biggest fall in global GDP since World War II,” Neil Shearing, chief economist for Capital Economics, wrote in a recent note. “What’s more, I’m willing to bet that anybody that did forecast such an event, failed also to forecast that stock markets would end the year at a record high.”

Here’s a look back at how the coronavirus pandemic has impacted the many components of the U.S. economy this year.

At the beginning of 2020, before the COVID-19 outbreak had meaningfully reached the U.S., the labor market was firing on all cylinders.

The unemployment rate was at a 50-year low of 3.5% in February. And employers were adding an average of nearly 200,000 jobs per month over the one year prior.

All of that progress, however, was upended once the coronavirus pandemic hit in the spring and stay-in-place orders took effect.

The U.S. economy lost a record 20.8 million jobs in April alone, after shedding nearly 1.4 million in March. The worst drop in payrolls during the global financial crisis was by 800,000 in March 2009.

And in 2020, the service sector, and especially the low-wage workers therein, was the most deeply affected. Leisure and hospitality industries lost a staggering 8.3 million jobs between March and April, which have not yet been fully recovered. Education and health services, professional and business services, and retail trade industries each lost more than 2 million jobs during that time frame.

The national unemployment rate also surged to its pandemic-era high of 14.7% in April. That was a record in Labor Department data going back to 1948, though it did avoid reaching Great Depression-era levels, with that jobless rate peaking at an estimated 25% in 1933.

The job market began to show early signs of a recovery in May, once stay-in-place orders and other restrictions began getting lifted and programs including Congress’s Paycheck Protection Program (PPP) — designed to provide funds to companies to help keep their workers on payrolls — came into effect.

After April, 2.7 million non-farm payrolls came back in May, followed by a record 4.8 million in June. And earlier this month, the Labor Department’s final monthly jobs report showed a seventh straight month of net payroll additions in November.

But the recovery has slowed. The economy is still 9.8 million jobs short of where it was in February before the pandemic. And more than 20 million Americans are still claiming unemployment benefits of some kind.

And the pandemic has also hit some groups more deeply than others, revealing even more starkly the inequalities that exist in our society.

As Federal Reserve Chair Jerome Powell said during congressional testimony in early December, “the high level of joblessness has been especially severe for lower-wage workers in the services sector, for women, and for African Americans and Hispanics.”

Overall, economists think it will take some time for the scars from the pandemic to fade. The Federal Reserve has predicted that the unemployment rate will end 2021 at 5% and fall to 3.7% by 2023 to close in on pre-pandemic levels.

While unemployment remained elevated this year, consumer spending largely held up as stimulus and federal unemployment checks offered a cushion for consumption.

Retail sales in the U.S. surged by a record 18.3% in May this year after a record drop of 14.7% in April during the first wave of virus-related mobility restrictions. The personal saving rate, which had surged to a record 33.7% in April as fears over the spread of the virus kept consumers on the defensive, began to unwind.

Sales at retailers returned to year-over-year growth in the summer and continued to grow each month until October, when renewed stay-in-place orders and fading unemployment and federal stimulus benefits began to curb consumers’ propensity to spend. Executives at corporations from Walmart (WMT) to Target (TGT) and Home Depot (HD) cited in earnings calls this summer the boost to spending that the government’s stimulus checks and enhanced federal unemployment benefits had conferred.

As of November, consumer spending was still up 4.1% over the same month in 2019, despite falling sequentially over October. The areas of the economy that have benefited the most from virus-stemming restrictions, including e-commerce, have taken the lion’s share of the gains: Non-store retailer sales from online merchants are up more than 29% over last year. By comparison, and both gas station and restaurant and bar sales are still down more than 17%.

Economists have neatly summed up the divergence with a key observation: During the COVID-19 era, consumers have been spending more on goods in lieu of services, with restrictions keeping many service-related activities off limits or capped.

“A forced thrift that has curtailed spending in the service sector and canceled travel plans frees up income for more spending on gifts,” Wells Fargo economists led by Tim Quinlan said at the start of this year’s holiday shopping season. “This boom in goods spending is coming at the expense of spending on services, which remains depressed.”

The housing market has been one of the strongest areas of the economy this year, as record low rates, widespread work-from-home policies and an ensuing shift away from urban centers stoked demand for homes.

The ballooning demand has also led to a surge in homebuilding. Housing starts jumped for a third straight month in November to a seasonally adjusted annualized rate of 1.547 million, coming in just a tick below the 1.567 million rate from February this year. Building permits, which indicate plans for new homebuilding, increased as much as 17.9% in one month in July this year for the largest one-month rise since 2008.

“The coronavirus pandemic has split the economy in two where the winners are interest rate sensitive sectors of the economy like housing and the stock market, while the losers employed in the leisure and hospitality industries are falling further and further behind,” Chris Rupkey, chief financial economist for MUFG Union Bank, wrote in a note on Dec. 21.

Home prices, however, have also accelerated this year, with pressure on affordability likely to extend into 2021 as demand outstrips inventory. Home price growth posted an 8.4% annual gain in October — the fastest rate since March 2014.

Supported by increased demand for goods over services, the U.S. manufacturing sector also posted a relatively strong rebound from the lows of the spring, albeit still with strides left before output returns to pre-pandemic levels.

As many factories shut down during the spring lockdowns, industrial production sank by as much as 12.7% in April, according to data from the Federal Reserve. But industrial output has since climbed in six of the last seven months to the end of November, bringing production just 5% below February’s level.

Factory, durable goods, and capital goods orders have also bounced back from earlier this year as companies became confident enough in the post-virus recovery to resume capital spending plans. And the Institute for Supply Management’s manufacturing purchasing managers’ index (PMI) reached the highest level since 2018 in November this year, as the rate of expansion in the manufacturing sector outpaced that of the still-pressured services sector.

“The composition of consumer spending favoring goods outlays has benefited manufacturing, which advanced 0.8% in November,” Wells Fargo economists led by Jay Bryson wrote in a recent note, citing the 0.8% growth in U.S. manufacturing output the Fed reported earlier this month.

However, “the anticipated slowdown in goods outlays suggests a sputtering in industrial production, particularly in categories that have outperformed recently, like consumer goods and information processing equipment,” he added.

“Therefore, the upside of the country and the world getting back on its feet will also mean a shift in spending back to the services economy, which means less wallet-share for durable goods purchases,” he said. “At that point, it will fall to business spending on equipment to pick up the slack and become the locomotive of growth for manufacturing production.”

For tutorials and information on investing and trading stocks, check out Cashay 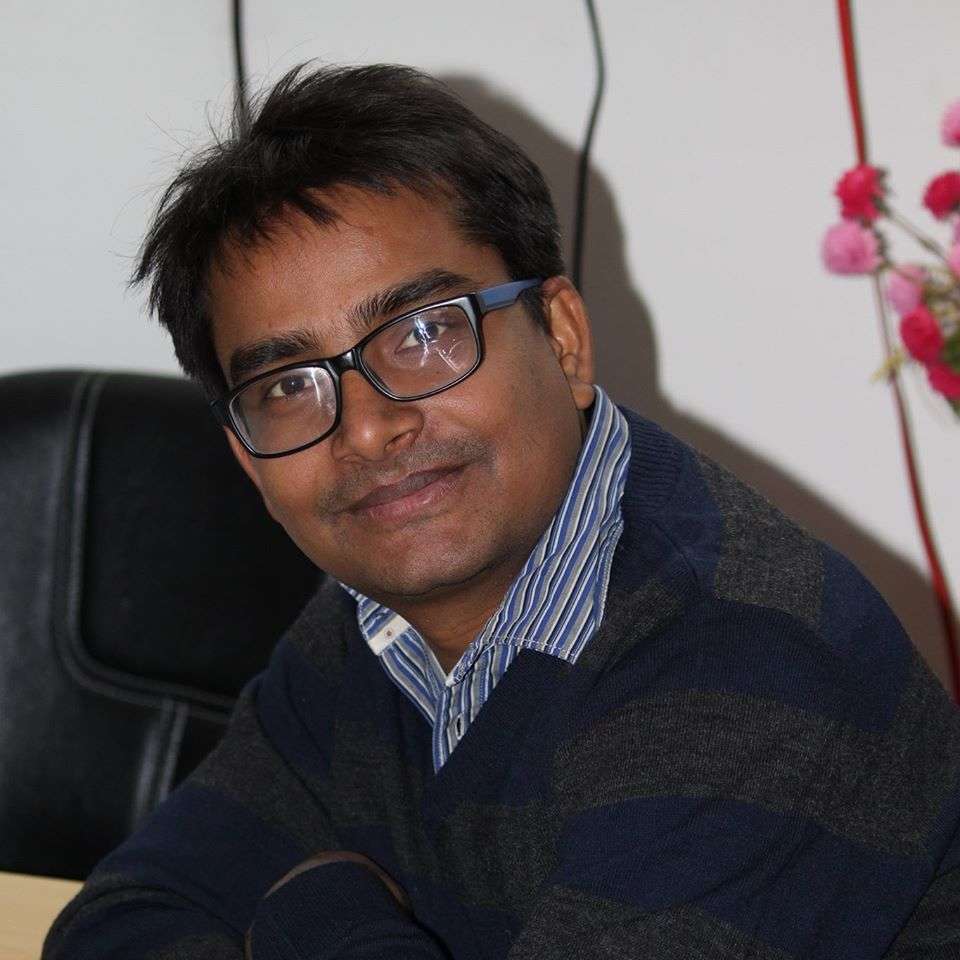