It might be hard to remember, but before the COVID-19 pandemic shocked the world economy, the Dow Jones Industrial Average was hitting record highs, the U.S. unemployment rate was a respectable 3.5%, and core inflation was at a healthy 2.4%. But just a few months into the year, the pandemic changed everything.

Nationwide stay-at-home orders became the norm in March after the U.S. government declared a national emergency and many states shut down nonessential businesses to stop the spread of the coronavirus. The pandemic and resulting shutdowns caused a violent economic downturn, with record-high job losses and unemployment levels, low consumer spending, falling home sales, and a crashing stock market. Just like that, a recession had taken hold, ending 128 months of economic expansion—the longest in U.S. history.﻿﻿﻿

In response, the government took unprecedented moves. The Federal Reserve lowered the benchmark interest rate to virtually 0%—a rate not seen since the 2008 financial crisis—and promised to keep it there until 2023.﻿﻿﻿ Congress issued up to $3 trillion in aid to support businesses and people impacted.﻿﻿﻿﻿ Despite these bold actions, the COVID-19 pandemic continued to batter the nation. Economists warned that a widely distributed vaccine was needed to return the economy to normal levels.﻿

“2020 has been a rollercoaster for sure in terms of the economy,” said Selma Hepp, deputy chief economist at property data company CoreLogic. “But the bounceback has been considerable despite what little we have been able to do. People couldn’t spend on services, so they spent on durable goods, such as autos, remodeling, and appliances.”

In December, the FDA approved two COVID-19 vaccines that were first given to health care, frontline, and other essential workers, along with residents of long-term care facilities. As more and more Americans receive the vaccine in the next phases of the rollout, the U.S. may be back on track for economic recovery.

“For 2021, the economy will continue to improve as more people are vaccinated,” Hepp said. “There will be a strong economy in the second half, particularly in the fourth quarter of 2021.”

Here’s a look back at 2020 through the lens of some major economic indicators.

Many workers were laid off or furloughed in 2020 as nonessential businesses were required to shut down due to the coronavirus pandemic. In April 2020, the U.S. economy lost 20.8 million jobs. Bars, restaurants, and hotels suffered the most, as people stopped traveling and restaurants could only offer takeout and delivery. Hospitals also lost jobs as they stopped elective procedures to make way for COVID-19 patients. By November, employment was still down 9.8 million jobs from February, the month before the pandemic really set in.﻿﻿

As a result, unemployment rates soared to their highest levels since the Great Depression. The unemployment rate reached a record 14.7% in April, and it remained in the double-digits until August.﻿﻿﻿ As the recession dragged on, those who lost their jobs in March were considered long-term unemployed.

The unemployment rate edged down to 6.7% by November, and the Federal Reserve estimates that the total unemployment rate for the year will average 6.7%. For 2021, the Fed believes it will improve to 5.0%.﻿﻿ However, that may only be possible once vaccines are widely distributed and businesses can resume hiring and operating at pre-pandemic levels.

With businesses so hard hit by the pandemic, the economy contracted during the first two quarters of the year. U.S. gross domestic product (GDP) was down a record 31.4% in the second quarter, after falling 5% in the first three months of the year.﻿﻿


Until 2020, quarterly GDP had never experienced a drop greater than 10% since the Bureau of Economic Analysis (BEA) began keeping track in 1947.

Services like hairdressers and restaurants were hit the hardest, while construction of both commercial and residential real estate also slumped. With the global pandemic affecting countries around the world, international trade ground to a halt in the second quarter, greatly reducing both exports and imports.

By the end of summer and early fall, as businesses found ways to reopen safely, the economy shifted in the other direction, growing 33.4%. However, it wasn’t enough to make up for earlier losses.﻿﻿ Even with the growth, the economy only recovered about three-fourths of the prior decline, according to economists at Moody’s Analytics.﻿﻿ Fourth-quarter growth won’t be determined until the new year, but so far we’ve seen spikes in COVID-19 cases, which could impact GDP and the economic recovery into 2021.

The Federal Reserve forecasts that real GDP will contract a total of 2.4% in 2020, but rise a robust 4.2% in 2021.﻿﻿﻿ Economists from Goldman Sachs, Fitch Ratings, and the Organisation for Economic Co-operation and Development (OECD) are predicting a faster recovery from the 2020 pandemic slump, thanks to the administration of vaccines.

“The coronavirus is once again taking its toll on economic activity as the second wave prompts new restrictions, but the vaccine news is a game-changer for the outlook over the next two years,” Brian Coulton, chief economist at Fitch Ratings, said in a report.﻿﻿

Despite stimulus checks from the government, closed businesses and high rates of unemployment caused people to spend less in 2020 than in past years. Personal consumption expenditures (PCE), also known as consumer spending, declined 6.9% in the first quarter, before plummeting 33.2% in the second. The biggest drop was seen in April, when consumer spending was down $1.5 trillion, or 12%, from March, when the pandemic and resulting stay-at-home orders went into effect. The drop in demand during the second quarter was driven by decreases in spending on durable goods and services, like restaurants, in the spring when many businesses were closed.﻿﻿

As demand fell, so did consumer prices. The core Consumer Price Index (CPI), less food and energy, was a healthy 2.4% in February over the last 12 months.﻿﻿﻿ By March, it began to drop, reaching 1.4% in April, signaling potential deflation. By May, it was up 1.2% over for the last 12 months, the lowest point of the year.﻿﻿﻿

PCE and CPI are two ways to measure inflation. Core inflation is the measurement of all items less food and energy, which can be volatile.

Mild inflation returned in the summer, with consumer spending increasing 41% in the third quarter, as COVID-19 cases hit lows and consumers began to go out and spend money again. Demand began rising in all categories as many businesses and schools began to reopen. Core CPI was also up again, but still below the Fed’s target rate of 2%.﻿﻿

Nevertheless, the threat of deflation returned again in the fall as a second wave of COVID-19 cases impacted the country. Monthly consumer prices remained flat in October—there was 0% inflation over September—and rose only slightly in November. Consumer spending, on the other hand, decreased for the first time in seven months in November.

The Fed prefers to use PCE (consumer spending) to measure inflation, but CPI is also a good indicator. The Fed’s target inflation rate is 2% over the long run. Throughout the pandemic, CPI remained consistently below 2%. In August, the Fed announced it would allow a target inflation rate of more than 2% if it helps ensure maximum employment. It still seeks 2% inflation over time, but is willing to allow higher rates if inflation has been low for a while.﻿﻿﻿﻿ The Federal Reserve projects overall inflation will be 1.4% in 2020, and 1.8% for 2021, not returning to healthier levels of at least 2% until 2023.﻿﻿﻿﻿

The $900-billion pandemic relief bill that was passed by Congress and signed by President Donald Trump in December includes $600 stimulus checks and adds an additional $300 per week to unemployment benefits. Economists believe this should boost first quarter consumer spending, according to a report by Wells Fargo Investment Institute.﻿﻿﻿﻿

In February, existing home sales reached a peak, selling at an annual rate of 5.76 million a year. That all changed after the pandemic was declared, though, as sales of homes plummeted to a rate of 3.91 million units in May.﻿﻿

Surprisingly, the pandemic eventually boosted home sales—one of the few bright spots this year. Many companies shifted to remote work, sparking demand for larger apartments and homes, and families who could move out of crowded cities to less densely populated areas did. About one in five U.S. adults (22%) said they either changed residence due to the pandemic or know someone who did, according to a July survey by Pew Research Center.﻿﻿ Encouraged by the federal rock-bottom benchmark rate, mortgage interest rates fell to new record lows repeatedly in 2020, making home loans that much more affordable.﻿﻿

“Housing demand in the pandemic was driven by millennials,” Hepp said. “Battered by the 2008 recession, they acquired more education. Living at home, they were ready to buy their own homes. The recovery after the recession boosted the retirement savings of their baby-boomer parents, giving them the down payments for new homes. There was also a jump in second-home purchases, rather than sales of existing homes.”

In July, home sales reached 5.86 million, surpassing February’s pre-pandemic high, and by October, that number blossomed to 6.86 million. Unfortunately, home sales dropped for the first time in five months in November to 6.69 million, 2.5% below October’s high. Overall, sales are strong and economists believe 2021 will see even higher growth.

“Circumstances are far from being back to the pre-pandemic normal,” Lawrence Yun, chief economist for the National Association of Realtors, said in a statement.﻿﻿ “However, the latest stimulus package and with the vaccine distribution underway, and a very strong demand for homeownership still prevalent, robust growth is forthcoming for 2021.”

In the years following the 2008 financial crisis, homebuilders were hesitant to build. By 2020, starts had just begun recovering, reaching a high of 1.03 million in February.﻿﻿ But by April, when the pandemic set in, they had tumbled to a low of 679,000 starts. Luckily it didn’t take long for housing starts to increase significantly as homebuilders responded to demand. New home starts beat the pre-pandemic peak by September and reached a 13-year high of 1.19 million in November.

Some economists believe the housing market will be the strongest sector of the economy in the new year, while others are worried that it could overheat.

The stock market began the year strong, setting new all-time records in February. The Dow Jones Industrial Average (DJIA) closed at a high of 29,551.42 on Feb. 12, but it didn’t last long.﻿﻿﻿﻿﻿

Eventually, the stock market gained momentum through the summer, and investors were buoyed by the performance of large companies, like Amazon and UPS, that benefited from online shopping and delivery during nationwide stay-at-home orders.

After a year of volatile ups and downs, economists are confident that 2021 will be a year that the market returns to normal.

“Hopefully 2021 will be a steadily improving, less-volatile year,” Jurrien Timmer, director of global macro in Fidelity’s Global Asset Allocation Division, wrote in a December report.﻿﻿﻿﻿ “But for a market that has recovered all of its COVID-induced losses and then some, 2021 could be pivotal in demonstrating whether that optimism is justified.” 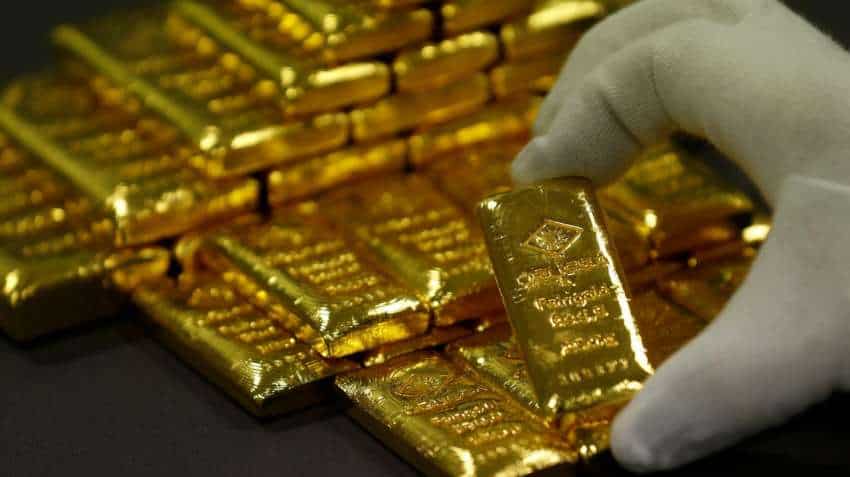 India''s gold demand to rebound in 2021 as economy expands – WGC 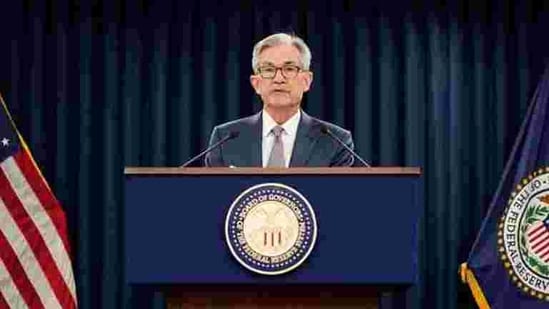