The peaceful election of Jammu and Kashmir’s District Development Council is a mirror to those who teach me democracy every day, Prime Minister Narendra Modi said on Saturday, attacking the opposition once again. “Jammu and Kashmir elected their representatives within such a short span after it became a Union Territory. But Puducherry is not conducting elections despite Supreme Court order and those who are in power there teach me democracy every day,” PM Modi said.

His veiled attack comes after Congress leader Rahul Gandhi recently said there is no democracy in India.

“We were in J&K government. But you know why we walked out of the government.Our demand was panchayat elections should be held and people be given their due rights to choose their representatives. Now you have your representatives who will work for you. Braving Covid-19, cold, voters came out and the election was peaceful. People of J&K upheld Mahatma Gandhi’s vision of gram swaraj,” PM Modi said.

After launching the Ayushman Bharat Pradhan Mantri Jan Arogya Yojana (AB-PMJAY) SEHAT scheme for the residents of Jammu and Kashmir which will benefit 21 lakh eligible people with free treatment up to Rs 5 lakh, PM Modi interacted with two beneficiaries of Ayushman Bharat scheme.

“When people for whom we are working for praise me, those words become blessings for me,” PM Modi said.

“This is a historic day for J&K. Every people of J&K will get benefits of Ayushman Bharat scheme. I wanted to launch this scheme yesterday on the occasion of Atal Bihari Vajpayee’s birth anniversary. Atalji had a special connection with J&K, which is now prospering on his way of ‘Insaniyat, Jamhuriyat and Kashmiriyat,’” PM Modi said.

Lauding the leadership of PM Modi, lieutenant governor Manoj Sinha said 10 lakh 70,000 farmers have been benefitted by Pradhan Mantri Kisan Samman Nidhi scheme. “From August last year, there has been a new wave of development in Jammu and Kashmir,” the L-G said listing out the new development projects in the Union Territory.

All preparation for Covid-19 vaccine has also been done in J&K, Sinha said.

“Today is a very significant day for J&K. This is being launched a day after Atal Bihari Vajpayee’s birth anniversary. Everyone is aware of Vajpayeeji’s sentiment for Kashmir,” Union home minister Amit Shah said.

“The scheme is in force everywhere. But everywhere else, it is only meant for the poor. J&K is the first place where all residents will be able to reap the benefits of this scheme,” Amit Shah said.

‘There is much to do’: PM Modi replies to Twitter users, thanks Lata Mangeshkar for New Year wishes – india news

‘There is much to do’: PM Modi replies to Twitter users, thanks Lata Mangeshkar for New Year wishes – india news 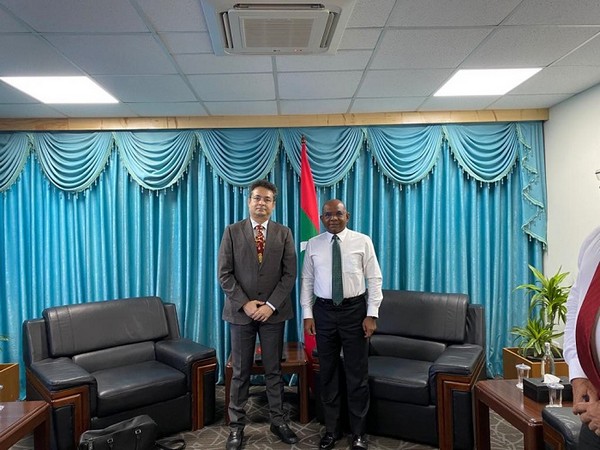