LUCKNOW: In a significant development that has virtually ended speculations about retired IAS officer AK Sharma getting a key position in the Yogi Adityanath government, the newly elected MLC was appointed the vice-president of UP BJP on Saturday.
Besides Sharma, the state BJP announced the names of two new secretaries of the state unit and heads of the party’s frontal organisations in a bid to tone up the organisation for the assembly polls, a day after state president Swatantra Dev Singh and general secretary (organisation) Sunil Bansal met the party national president JP Nadda in Delhi on Friday. Sharma would be the 16th vice-president of the BJP state unit.
When Sharma quit as the Union secretary, MSME, early this year and was sent to the upper house in UP, it was speculated that the bureaucrat, considered close to Prime Minister Narendra Modi, would be made the deputy chief minister in the state, or would be given a key ministry. That possibility now appears unlikely after he has been given the responsibility in the party organisation just before the state elections due early next year.
A party insider told TOI that as BJP strictly follows the policy of one man, one post, the possibility of Sharma getting any position in the government is now ruled out. “The present party chief Swatantra Dev Singh also quit as the cabinet minister in the Yogi government after being appointed as the state BPP president,” he said.
“However, with the state assembly elections 2022 drawing near and BJP in the poll mode already, giving Sharma an organizational post in the state unit is a “significant” development as he would have a bigger say and role in election management and planning,” he added.
Sharma, who has earned the image of a bureaucrat who delivered time-bound results, would be a significant addition to the party’s organization,” said another party source.
BJP’s state unit now has all the organizational posts filled up. It has 16 vice-presidents, eight general secretaries, including one general secretary (organization), and 16 secretaries. On Saturday, Archana Mishra and Amit Balmiki were made the secretaries in the state unit of the party. The two posts were left vacant after Pranshudutt Dwivedi was made the state president of Yuva Morcha and Ashok Jatav became the Zila Panchayat member.
The 1988 batch Gujarat cadre IAS officer, Sharma is from Mau district in UP and hails from a farmers’ family. He earned Modi’s trust after making Vibrant Gujarat a successful campaign to attract investment to the state, when the former was the chief minister. He had served in the PMO for six years since 2014 before he took voluntary retirement from the post of MSME secretary to join UP BJP in January this year.
Ever since he joined BJP in January, the speculations were rife that he would get a bigger role in the UP government. But, the cabinet expansion is yet to take place. Sharma has been looking after the Covid management in PM Modi’s constituency Varanasi and few other districts in Purvanchal. In a virtual meeting to assess the Covid management in Varanasi, the PM also praised the Varanasi model.
Earlier, speaking for the first time in the Legislative Council in February, he had defended the new farm laws for which the PM has faced a lot of criticism. He said that there has been enough misleading information spread against the laws and that no provisions of the laws support the fears that are being talked about. “Farmer is not worried. Everyone knows who is worried. Modiji through his welfare schemes has reached every house,” he said.
With next assembly polls just about eight months away, the BJP is already into poll mode.There have been a series of meetings among key players. Recently CM Yogi Adityanath made a trip to Delhi to meet PM Narendra Modi, Union home minister Amit Shah and BJP national president JP Nadda. Besides, the party’s national general secretary BL Santosh and national vice-president and UP in charge Radha Mohan Singh had also visited Lucknow to take feedback from the party leaders, ministers and people’s representatives. 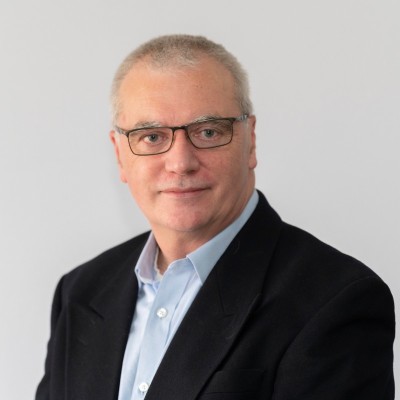