Twice a day at rush hour, more than 3 million cars clog Mumbai’s streets and nearly 4 million commuters squeeze onto overcrowded trains, while a four-decade land dispute that has prevented the country’s financial capital from building a modern metro system continues to simmer.

The spat over a location to house train carriages has indefinitely delayed the construction of a metro that could decongest the city and bring $4.2 billion worth of investments. And that’s not the only Indian mega-project shelved or scrapped because of land troubles: Other casualties include a $17 billion bullet train, a $12 billion steel project and more than 700 road projects.

Now Prime Minister Narendra Modi is seeking to clear a backlog of land cases and unleash investment to boost local manufacturing and generate millions of jobs to lift an economy set for its biggest annual contraction since 1952. The move could also potentially help his government’s efforts to convince companies to uproot supply chains from China and set up shop in India.

The country’s planning body has crafted a new model bill in which states will guarantee the accuracy of land titles and provide compensation in case of disputes. It would replace colonial-era laws and require states to computerize all land records, link the details of landowners to those digital records and establish tribunals to resolve all outstanding cases within three years.

“Life will become easy if this system is put in place,” said Vinod Agrawal, head of the government committee that drafted the proposed law. He added that similar land titling systems are in place in more than 80 countries, from Australia and the U.K. to South Korea and Thailand.

While the Bharatiya Janata Party controls parliament and could easily pass the federal law, its success ultimately hinges on regional leaders who need to adopt laws based the model bill in their states. The farmer protests that erupted after PM Modi passed laws to overhaul decades-old rules for selling crops also show that it’s not a given everything will go smoothly.

A powerful voting bloc, thousands of farmers have protested at New Delhi’s borders for about two months to demand a repeal of the new laws passed in September, saying the legislation will make them vulnerable to large corporations. Opposition from farmers also prompted PM Modi to backtrack on a move in 2015 that made it easier for companies to acquire land.

Still farmers could have more certainty with clear land titles, which would also encourage more investment in the infrastructure and realty sectors, according to Deepak Sood, secretary-general of the Associated Chambers of Commerce and Industry of India, one of the country’s largest business groups. Agriculture holdings comprise nearly half of India’s total land area and employ more than 60 per cent of Indians, with data showing the average farm size at around 1 hectare (2.5 acres) — about the size of two football fields.

Clearer land titles would also help PM Modi attract more manufacturing as he works with Japan and Australia to build more resilient supply chains as tensions grow with China. His government recently announced incentives for companies looking to move to India, part of a broader plan to increase the share of manufacturing in the economy to 25 per cent from around 15 per cent.

“The initial message will be that India means business and is making the changes that are needed for investors to set up shop,” said Amitendu Palit, an economist specializing in international trade and investment at the National University of Singapore. “But this may still be a difficult exercise, given that land is an emotive issue and the implementation has to be done by states.”

While the Digital India Land Records Modernization Program dashboard shows that land records in 90.1 per cent of villages have been computerized, many records haven’t been properly updated — forcing investors to deal with multiple parties to acquire land and often face requests for bribery. The new law would require states to link that record with the landholder’s digital identity and may allow investors to deal with the owner directly, cutting out middle men and lower level bureaucrats and reducing delays and corruption.

The World Bank estimates about two-thirds of pending case in courts are related to land. Land Conflict Watch, a group of researchers, estimates that roughly 800 disputes in India impact 7.3 million people and threaten more than $200 billion in investments across an area bigger than the country of Israel.

The Mumbai metro dispute is one of the most well known. A tussle between the federal and state governments over the land title of the site for a car shed has been tied up for years of inquiries. A lawmaker in Maharashtra said a resolution to the latest dispute over the project — which began in 1969 and work on this phase started in 2012 — could save the state 55 billion rupees ($754 million). The next hearing on the Japan International Cooperation Agency-funded project is scheduled for February.

Land conflicts have also stalled investments across cement, steel, mining and power sectors, according to the Rights and Resources Initiative, a coalition of non-profit groups. South Korea’s biggest steelmaker Posco scrapped a planned $12 billion steel complex in 2017 after it was delayed for a decade by local disputes and lease issues.

The nation’s highest court is currently hearing a land dispute that has stalled PM Modi government’s plans to build a $17 billion bullet train link in western India, while a 120-billion-rupee plan to connect southern cities of Bengaluru and Mysuru has been pending since 1998. And Roads Minister Nitin Gadkari has said 773 national road projects worth Rs 2.71 trillion have been held up because of land disputes.

If done correctly, the proposed law will ensure undisputed ownership, make online land transactions possible and ensure owners easier access to bank credit, according to Hukum Singh Meena, additional secretary in the Department of Land Resources, who is one of the key officials handling the reform. But, he added, serious hurdles remain — including whether the current digital infrastructure can handle the new system.

“We are moving very cautiously,” Mr Meena said in an interview. “It could be a game changer or become disastrous — it all depends on how you implement it.” 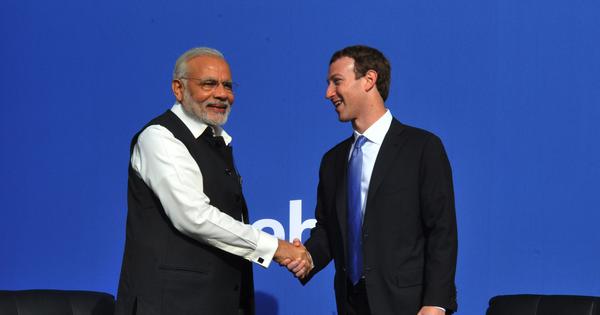