Prime Minister Narendra Modi and Union home minister Amit Shah on Friday focused on West Bengal’s rich heritage and some of its lost glory in back-to-back addresses to people in the poll-bound state.

PM Modi, while virtually addressing the convocation ceremony of Visva Bharati, the state’s only Central university of which the Prime Minister is the chancellor, said its founder Rabindranath Tagore’s vision on education has contributed to the Centre’s new education policy.

Shah, who was in Bengal on a two-day political tour, attended a cultural event held at Kolkata’s National Library as part of the programmes on freedom fighter Subhas Chandra Bose, and paid rich tribute to Bengal’s martyrs and talked of sacrifices Bose made.

In the eastern state where elections are to be held in March-April, their speeches sought to counter chief minister Mamata Banerjee’s constant efforts to brand the BJP’s central leaders and those visiting Bengal from the Hindi belt as “outsiders” who are “ignorant of Bengal’s culture and history.”

Some of the statements the BJP leaders made seemed to have underlying messages.

During his long speech, the prime minister talked of Shivaji, whose birth anniversary was celebrated during the day, and recited in Bengali a few lines from a poem Tagore wrote on the Maratha icon.

“These lines draw inspiration from Shivaji and talk of fighting for one India. We must live the message Tagore sent. You are not part of a university but part of a living heritage. Tagore could have named this institution a global university but he chose to call it Visva Bharati. He wanted the students to see the world as Indians and uphold the nation’s heritage. This is what the nation expects of you,” said Modi.

“Knowledge, opinions and visions are not static. They are dynamic. There is scope for course correction. Knowledge and power come with responsibility. People in power have to maintain restraint. The same applies to people with knowledge. Your knowledge is not yours alone. It is an asset to the society and the nation,” Modi said.

“It is all about mindset. It all depends on whether you want to be part of the problem or part of the solution. One has to rise above self-interest and put the nation first… As the prime minister, I am not worried as long as you have the zeal to take the risk,” PM Modi told the students and asked them to prepare a vision document for the nation’s 75th year of Independence. He also asked them to help local artisans and make villages around the Santiniketan campus in Bengal’s Birbhum district self-reliant.

Talking of a survey British major general Thomas Monroe conducted in 1820, Modi said, “The survey found villages in India having more than one school and temples linked to education before the British education system was thrust on us. Another survey showed Bihar and Bengal having more than one lakh village schools in 1830. This shows where we used to be.”

“Tagore wanted the education system to be free. Today, the nation’s new education policy gives you the freedom to choose your subjects, show your skills and develop entrepreneurship. It also focuses on gender equality in education… This will lead to Atmanirbhar Bharat (self-reliant India). The recent Union budget has sanctioned ₹50,000 crore for research. Bengal led India in the pursuit of knowledge. The world is watching you,” Modi said, addressing the students.

At the Kolkata event, Shah patiently watched a ‘song and dance’ programme on India’s freedom fighters. He later said, “Subhas Bose is remembered by millions despite the efforts made to make people forget him. The Centre has formed a committee to pay homage to him on his 125th birth anniversary not only in India but abroad as well. He topped the Indian civil service, something today’s youths aspire for, but quit the job to serve India. He sent a message. He became the president of the Congress party twice and on one of these occasions, he went against the wishes of Bapuji (Gandhi). We may not die for the nation like the freedom fighters but we can live for it,” said Shah.

The Trinamool Congress was quick to react with party Lok Sabha member Saugata Roy alleging that Modi and Shah both fall short of the secular idealism that Tagore and Bose stood for.

“They build the Ram temple and differentiate between high-caste and low-caste Hindus. They are mentally and ideologically unfit to talk about such icons. The later stanzas of Jana Gana Mana, our national anthem, or Tagore’s poem ‘Bharattirtha’ focuses on a universal society where caste and creed do not exist. Similarly, Bose made the Azad Hind Fauz or the Indian National Army an ideal vehicle for secularism where general Shah Nawaz Khan was the second in command,” said Roy.

CPI(M)’s Sujan Chakraborty, leader of the Left parties in the state assembly, said, “Do Modi and Shah live the spirit of universal brotherhood that Tagore and Bose uphold? The BJP and the Rashtriya Swayamsevak Sangh represent an entirely different ideology. Tagore believed in freedom of thought and speech while Bose believed in a classless society.”

Veteran columnist and political commentator Suvashsis Maitra said, “It is fine if the BJP’s top leaders speak on Bengal’s rich heritage but some specific things need to be done.”

“Why doesn’t the Centre declare its stand on the report of the Justice Manoj Mukherjee Commission that former Prime Minister Atal Bihari Vajpayee had set up to probe Bose’s mysterious disappearance? The commission said he did not die in the plane crash. The Centre should also declare what happened to the research on the Indian National Army that historian Pratul Chandra Gupta was asked to carry out by the Centre in 1956. The manuscript disappeared,” said Maitra. 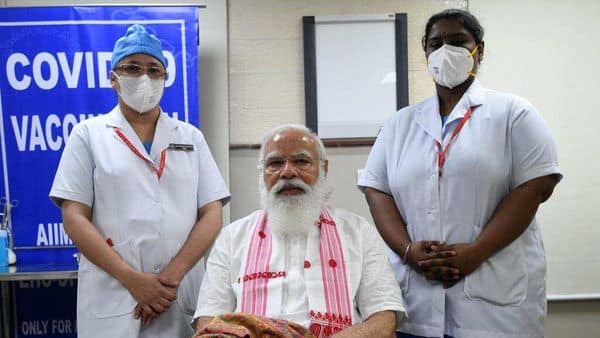