It’s all kicking off in deeptech.

First, VC partner Nicolas Colin posed an interesting question in a column for Sifted: does Europe really need more deeptech startups? No, he argued: startups should focus on market uncertainty and not on developing new technologies.

Rubbish, responded Zoe Chambers, an investor at Octopus Ventures. Just look at BioNTech: we need founders to solve really hard problems and bring deeptech innovations out of the lab and into the world.

But it shouldn’t just be VCs backing deeptech startups, added economist and investor Bill Janeway. The public sector has a role to play as an early, supportive customer for frontier technology, helping to eliminate risk.

All three pieces were very much written from the perspective of the investor. But how about the founder? Why would a potential founder be interested in deeptech?

As the cofounder of Renaissance Fusion, which aims to bring fusion energy out of the lab and onto the grid, I believe startups are best suited to bring deeptech to the market. It isn’t a question of whether startups should tackle deeptech — it is whether deeptech can be done without startups. This is why:

Deeptech is a perfect area for startups to focus on. Starting a venture is hard and needs your full attention. So, both from a founder’s as well as an investor’s point of view, it makes a lot of sense to tackle big problems rather than small and incremental ones. The problem and market should be big, and your idea to solve it should be very different.

Otherwise, either you won’t get funding as nobody is interested in a small market or small improvements. Or, in the case of insufficient differentiation, you will get out-competed by the incumbents. (The latter is well described in The Innovator’s Dilemma by Clayton Christensen.) And of course, if you go big and all in, it should be worth your time and effort.

2. What is valued vs what you value

This leads right to the next important point: value. If you tackle something big and extremely uncertain, you will ask yourself why? You could pursue a secured career as a consultant, an investment banker or a faculty member. But here a founder’s perspective can differ from an investor’s.

For the investor, value mainly comes down to returns. Value would be defined in how much your investment is worth after a certain period of time (typically five to seven years). Yet, we all know that value can have many more connotations — despite VC defining value creation fundamentally only as valuation increase. (For a much more nuanced discussion, I recommend the book The Value of Everything by Marianna Mazzucato.)

“Many deeptech startups aim to do more than make money.”

Many deeptech startups aim to do more than make money, they apply scientific research to solve fundamental problems and create value for society. And this leads to the last and most important point:

The main question Colin raises in his essay is: who is best suited to bring deeptech innovation to market? Let’s look at two potential candidates: research institutions and established companies.

Research institutions generally have very little incentive to bring their research to market. To be fair, this is not their objective. The main metric for career progression in research is the number of citations. The dilemma is that the chances of getting published are higher with an incremental paper in a fashionable and highly cited subfield compared to a visionary article that could break new ground and open new fields.

As for established companies, we know they often lack the incentives to heavily invest in disruptive new technologies. First of all, their existing customers are not asking for it. And secondly, new technology might offset their existing products, services or business models.

So, there is a point in time when exciting new technologies have to move from invention to innovation, and from discovery to economic attractiveness, industrialisation and commercialisation. This is where startups can and should play a major role.

“Deeptech founders should try to answer the question of whether a startup is the right organisational setup to achieve their aims.”

Colin ends his essay by stating that startups should not look for some new fancy technology that will solve a problem, but rather focus on discovering new, untapped markets. I instead believe that deeptech founders should try to answer the question of whether a startup is the right organisational setup to achieve their aims. And if they come to the conclusion that public research institutions and established companies have little to no incentive to do it and do it fast, then they should consider doing it themselves.

Will this be an easy ride? Most likely not. But the potential for value creation is immense and definitely worth the effort.

Martin Kupp is professor for entrepreneurship and strategy at Jean-Baptiste Say Institute and the cofounder of Renaissance Fusion.

Tocilizumab in patients admitted to hospital with COVID-19 (RECOVERY): preliminary results of a ... 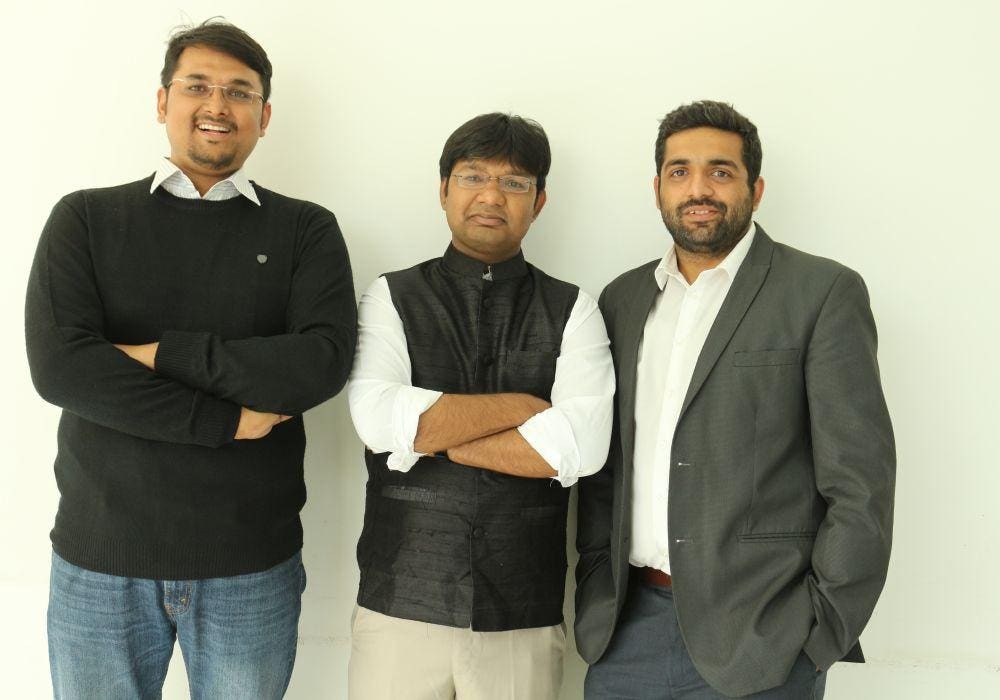