What has been happening in several Indian states for long has now reached Delhi.

The Delhi commentariat, unaware and often uninterested in what goes on in states, is shocked by all that Prime Minister Narendra Modi’s government has ushered in since 2014. How could this happen in the world’s largest democracy, they ask? Terms like ‘authoritarian’ and ‘draconian’ are frequently invoked.

Other prime ministers have done this in bits and parts. But no single government has deployed all these tools together, so resolutely and relentlessly until now. This is new to Delhi, with the exception of Indira Gandhi’s Emergency, of course.

Modi and now Home Minister Amit Shah have only brought to the capital what they know best — the tried-and-tested best-practices from the ‘CM model of governance’.

Also read: Time for Modi to play the elder statesman and repeal the farm laws

If you have covered Indian states long enough, you would know that this is how several chief ministers govern — like regional satraps and chieftains.

J. Jayalalithaa, as chief minister of Tamil Nadu, allegedly had her party goons throw acid at a critic and attack newspaper offices, her government slapped sedition cases on activists, and state officials under various governments routinely fudged Board exam results data to show that the state was on top. Parkash Singh Badal’s rule in Punjab unleashed widespread surveillance and phone tapping, slapped the Unlawful Activities (Prevention) Act or UAPA on activists under the garb of the ‘Khalistan’ tag, and intimidated cable distributors to show only establishment-friendly news networks and block critical ones.

In Odisha under Naveen Patnaik, protest movements are routinely dubbed as being run by ‘Naxals’ in order to incarcerate people for long without bail. In West Bengal, CM Mamata Banerjee has intimidated media houses, jailed a professor for emailing a cartoon, and arrested a Bharatiya Janata Party leader for sharing memes. Before that, three decades of Left rule in Bengal saw violent cadres in villages seizing land, people spying on neighbours, sops and jobs for loyalists. Even a CM like Maharashtra’s Prithviraj Chavan sent cartoonist Aseem Trivedi to jail on a sedition complaint.

Nitish Kumar in Bihar has just introduced a law that will penalise you for offensive social media posts and deny you government jobs for taking part in street protests; and the Uttarakhand government will now make it difficult for you to get a new passport if you have taken part in agitations.

Political capture of state institutions and of checks and balances has been a regular phenomenon in states. This is how the CMs annex the state to their fiefdom.

Also read: Teflon Modi does not have one Achilles heel, but two

The power of anti-defection law

But Modi is different. None of the others ruled the national government with the single-party majority and consummate control like he does at the Centre right now. And none of them ruled their states for as long and in as entrenched a manner as Modi did in Gujarat. In that sense, Modi’s style of governing is more akin to Mamata Bannerjee, Badal, and Jayalalithaa, and less like Manmohan Singh or Atal Bihari Vajpayee.

The kind of strong, authoritarian chief ministers India has had in the past three decades has a lot to do with the 10th Schedule, or the anti-defection law (passed in 1985, and reinforced in 2002), says author Tripurdaman Singh. He calls it the ‘pre-10th Schedule’ and ‘post-10th Schedule’ style of CMs.

The law made it impossible for MLAs to question party bosses and CMs, vote against the party line, or cross the floor because it now invited suspension and the loss of a hard-fought seat. When all voting on legislation became so tightly controlled, regional party bosses came to enjoy enormous power. This turned chief ministers into unchallenged ‘Supreme Leaders’ of their states.

Such unimpeded power fashioned a new crop of regional politicians in India. And states became the stage where authoritarianism was first tested and practised. But many in the Delhi commentariat chose to look the other way because a lot of this was happening during haloed coalition years at the Centre, when regional leaders were being hailed as paragons of the true spirit of federalism, and as bulwarks against Hindutva.

In many ways, Modi and Shah are governing India the way they ruled Gujarat, and like other CMs did too. Prime Minister Modi has actively tried to accrue power structures similar to the ones he enjoyed as CM. He is, in many ways, a supra-CM today.

But is this model sustainable for the country? There are key distinctions in the roles of a PM and a CM.

Chief ministers are essentially project managers, or a CEO, someone who gets things done directly. A prime minister is more like an executive chairperson. Therein lies the rub. Former Andhra Pradesh chief minister N.T. Rama Rao had even called the Centre a ‘conceptual myth’, to buttress his claim that India is ruled by states. The real administrative and governance powers lie with the states. Even an MLA is infinitely more powerful than an MP in her ability to make meaningful, material difference in people’s lives on the ground.

This is why ‘brute-majority PMs’ like Modi – and Indira Gandhi and Rajiv Gandhi before him – try to capture real power by looking to exploit the Centre-State legislative gaps. Modi’s new farm laws are one such example.

Also read: What makes Yogi Adityanath a role model for other BJP CMs

Finally, here is a bit of irony.

Since 2012, Modi and his team campaigned on two themes: that he was a strong CM under whom Gujarat flourished, and that Manmohan Singh was a weak PM for India. Ironically, Gujarat under Modi is supposed to have thrived and grown during the same years when India had a ‘weak, incompetent’ PM. So, you don’t really need an all-powerful PM for states to prosper.

But having successfully created the mythology of the need for a ‘strong PM’, Modi just had to bring all the tropes of the consummate control and power of the ‘CM model of governance’ to Delhi.

Another irony is that Modi has now gone back to the Indira Gandhi model of ‘weak party CMs-strong PM’. Even in his home state Gujarat. 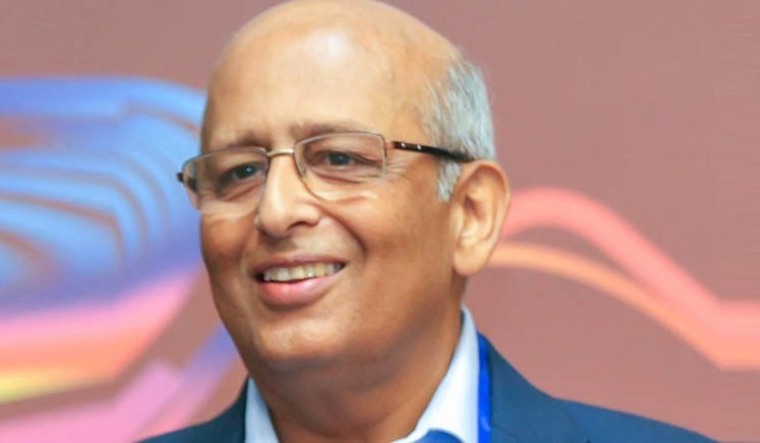