Ashis Ray was CNN’s network’s founding South Asia bureau chief. He is now an international affairs analyst for the BBC.

Today marks 70 years of India as a republic.

Yet, the country is in no condition to celebrate. The annual military parade has been abridged and the conventional foreign dignitary as chief guest will be absent after COVID forced the withdrawal of British Prime Minister Boris Johnson.

The economy is emasculated, Chinese troops are brazenly entrenched inside Indian territory in the Western Himalayas and people in the sensitive Muslim majority state of Jammu and Kashmir are widely disenchanted with Delhi. More critically, Narendra Modi’s Hindu majoritarian, supremacist agenda has dangerously divided a multireligious society.

Modi — hitherto a pracharak or publicist of the Hindu militant Rashtriya Swayamsevak Sangh, or RSS — promised clean government and an economic miracle. He dangled the infrastructure of Gujarat state, where he was chief minister, as a shining model, concealing the fact that it was one of the worst-performing states in the human development index. Forgetting the fact that his predecessor Prime Minister Manmohan Singh had delivered the highest economic growth in the history of India and lifted 150 million people out of poverty, Indian voters were seduced by the web Modi spun.

As soon as his Bharatiya Janata Party — the political arm of the RSS — came to power in 2014, the government embarked — nationally and internationally — on creating a personality cult. Singh had left the economy at a takeoff stage and the performance in the first two quarters under Modi was testimony to that. But growth inexorably declined before contracting by 24% because of COVID.

Yet, way before the economy unraveled, Modi had already resorted to overt Hindu nationalism, with the demonizing of and discrimination against liberal Hindus, Christians, communists and especially Muslims. This distracted unsuspecting Hindus, 36% of whom voted for him in 2019, compared with half that many a decade earlier. Congress, for 55 years India’s natural, secular party of government, failed to hold its leadership responsible for catastrophic defeats in two successive elections or to reinvent itself.

In August 2019, Jammu and Kashmir was stripped of its autonomy — a condition of this previously princely state’s accession to India in 1947. Its statehood was downgraded to centrally ruled status and a segment of it — Ladakh — separated from it.

Among thousands of others, its three former chief ministers were imprisoned under a draconian law reserved for terrorists. A curfew was imposed on the Kashmir valley for months, thereby destroying livelihoods in the key tourism sector. Even after 18 months, internet and Wi-Fi services — access to which the United Nations has deemed a human right — are yet to be restored to the level available in the rest of India.

A police officer fires pellets toward pro-freedom protesters in Rangreth, at the outskirts of Srinagar, in November 2020: Jammu and Kashmir is stripped of its autonomy.

There followed a Citizenship Amendment Act, or CAA, which by introducing religion as a criterion for nationality jettisoned the secular prescription of the Indian constitution. In circumstances of illegality, the Indian Supreme Court has in the past often acted as a just arbiter. However, multiple petitions challenging the validity of measures in Jammu and Kashmir and the CAA are yet to be heard, let alone adjudicated upon.

The same is true vis-a-vis some BJP-run states unveiling unlawful ordinances to thwart Hindu-Muslim marriages. Apart from Modi, the president and vice president of India and the speaker of the Lok Sabha, the decisive chamber of parliament, hail from the RSS; while the current chief justice of India has, if anything, behaved like a closet cardholder.

The lynching of Muslims and critics of hard-core Hinduism have either not been condemned or elicited only token dissuasion from Modi. The police have become compliant. A 2019 amendment to a preventive law authorizes the government to label anyone as a terrorist and incarcerate him or her indefinitely without bail. Journalists are among victims of this vicious legislation.

Vast sections of India’s news media have become lap dogs. They have either been appeased by advertising support or threatened with harassment by law enforcement agencies. Over and above, shrill pro-Modi platforms — funded by his supporters — have surfaced in the garb of TV news channels. And Modi has a stranglehold over social media. Facebook has in fact been accused of being hand-in-glove with BJP, while Twitter is yet to sufficiently censor false and inflammatory tweets from the Modi brigade.

Modi’s big-brother policy toward neighbors has alienated Nepal, with which India had enjoyed a special relationship. Bangladesh, a trusted friend, is aggrieved about being accused of ill-treating its Hindu minority. The perpetually tense relationship with Pakistan has reached rock-bottom.

China, which cast aside its border dispute with India after the 1993 peace and tranquillity treaty between the two countries, is now serially contravening its commitment. Modi’s tilt toward the Donald Trump administration annoyed Russia — India’s biggest armaments supplier. Japan and the West sympathize with India against Chinese belligerence but have so far lacked teeth to counter it.

There has been a reckless pursuit on the part of Modi to sell Hinduism as being synonymous with nationalism to India’s traditionally apolitical armed forces. But contentious agricultural reforms — manifesting in mass protests — run the risk of disenchantment among Sikh soldiers, many of whom belong to farming families.

“What we have now is a wolf in sheep’s clothing,” Tarun Khaitan, vice-dean of law at Oxford University, wrote in a recent paper on the assault on India’s democracy and institutions. In effect, the longer Modi calls the shots, the further India will sink into a quagmire. 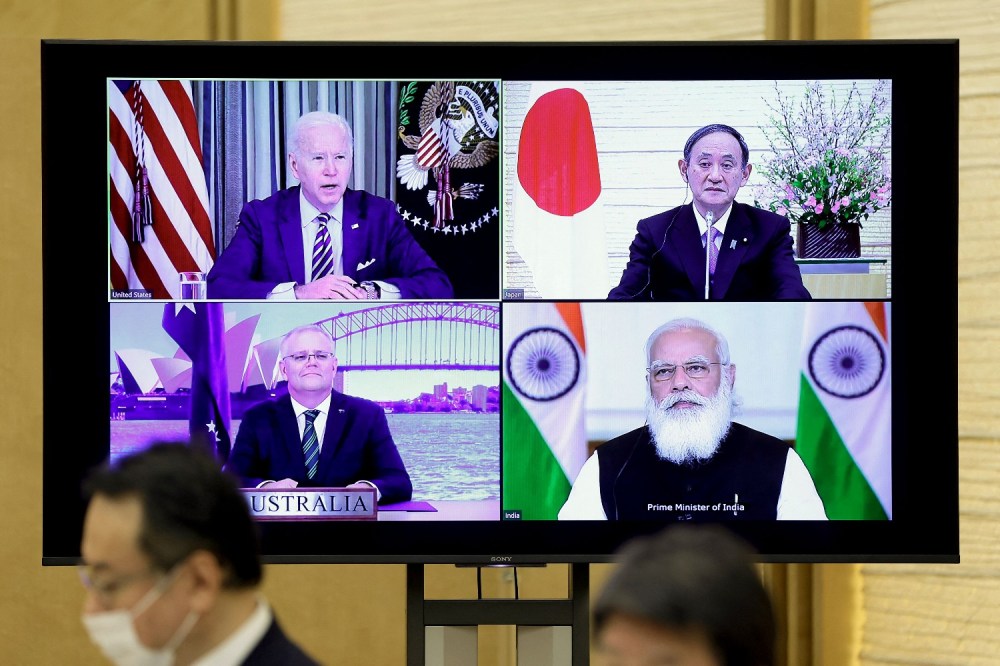 Narendra Modi on Twitter: "Speaking at a massive rally in Bardhaman. https://t.co/PF05LCuYww"