Nationalist Congress Party (NCP) chief Sharad Pawar on Saturday said that the highest level intervention from the Central government may help in resolving the deadlock between the Centre and farmers organisation over contentious farm bills which has resulted in over 70-day long protest, by the agrarian community. He said that Prime Minister Narendra Modi or the defence minister Rajnath Singh should intervene and resolve the impasse.

He also slammed the Centre for failing to handle the farmers’ agitation properly and taking extreme steps against the protestors, which have never happened in the country post-independence.

“In my opinion, the central government should take an initiative and a senior-level minister should intervene. I don’t want to disrespect Narendra Singh Tomar (Union agriculture minister) but the Prime Minister or defence minister should intervene then the issue may be resolved. If it happens then those leading the protest should also look for a resolution,” Pawar told reporters.

“To stop protestors, roads were cemented with nails. It has never happened in the country since independence. The government took extreme measures which also shows their attitude. Whenever farmers come out on streets like this then the government is expected to show some consonance,” he said.

Pawar alleged the BJP is defaming the ongoing agitation of farmers by calling them “Khalistanis” or “terrorists”. “The ruling party has taken a stand to defame farmers by calling Khalistanis and terrorists. These agitators are farmers who have made the country self-sufficient in food production. Calling them with names is not a quality of civilized culture,” the veteran leader said.

Meanwhile, thousands of farmers, peasants, along with social activists and political leaders participated in the nationwide chakka jam called by Samyukt Kisan Morcha on Saturday in Maharashtra. Farmers in many parts of the state blocked national highways and state highways to show their opposition to the three laws passed by the Centre.

Except for Bharatiya Janata Party (BJP), prominent parties including Nationalist Congress Party, Samajwadi Party, Congress, Swabhimani Sanghatna, Left parties and its affiliated bodies All India Kisan Sabha and All India Centre for Trade Unions (AICTU) participated in the agitation across the state. Shiv Sena leader Sanjay Raut said that the protests are not political, but the party stands for the demands of the farmers’.

Reacting to comments from foreign celebrities, Pawar said that farmers are protesting despite all the odds since the last over two months and people were sympathetic towards them in the country. “Now, similar views are expressed abroad for the farmers which are not good for the country. The government must take them seriously,” he suggested.

Linking these reactions over farmers’ protests with the Prime Minister Narendra Modi’s support to the candidature of Donald Trump as Presidential candidate for the second term, he said, “I remember when the Prime Minister was on a US tour, he declared that Trump will be elected for a second term and a few sections appreciated him. Today, people from abroad are also reacting the same way because of the same reason,” he said, blaming Modi for interfering in the internal matter of the United States.

Swabhimani Sanghatna leader Raju Shetti led a protest in Kolhapur. Shetti slammed the Centre for making celebrities tweet in support of the farm laws. He said that the government has forgotten that “crores of common people” have brought them to power, but once they dump them no celebrities will ask them.

Kishore Tiwari, president of Vasantrao Naik Sheti Swavlamban Mission, led a protest in Yavatmal district blocking the national highway. Tiwari, who is associated with the Shiv Sean and holds MoS rank, was detained by the district police.

In Mumbai, Samajwadi Party, NCP, Left parties protested in Kurla. NCP spokesperson and minority affairs minister Nawab Malik participated in a protest near Kurla station. Malik, who is the party’s Mumbai unit chief, said that the three laws are an attempt to get industrialists in the agriculture sector.

For thousands of New Yorkers, the state wants its unemployment benefits back 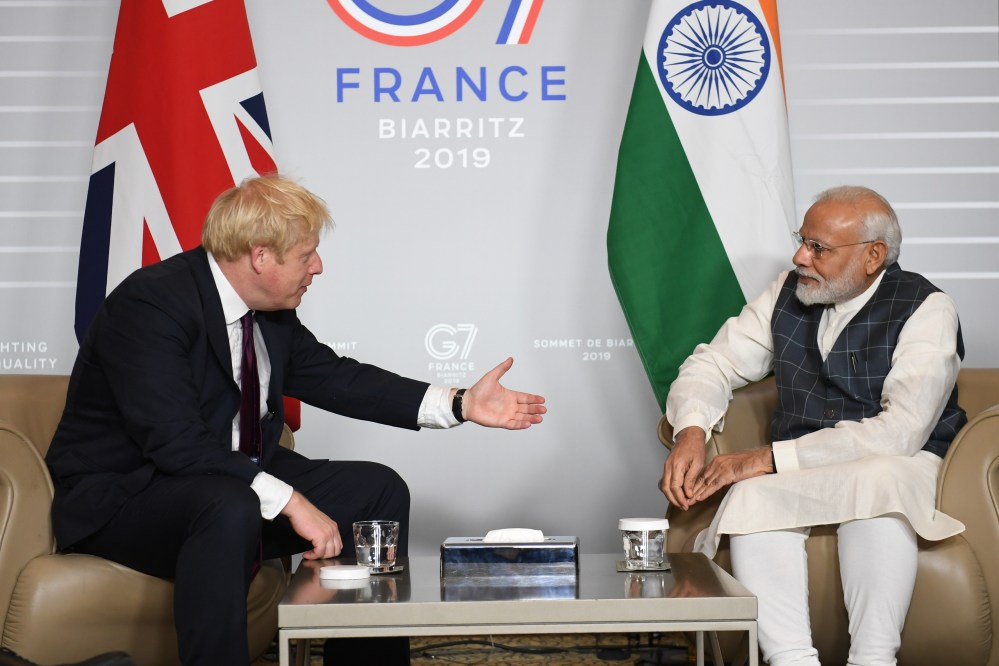