New Delhi’s self-reliance and “Make in India” initiatives have the potential to lead to higher tariffs and other trade barriers that could hit the country’s capacity to integrate into global value chains, outgoing US ambassador Kenneth Juster cautioned on Tuesday.

Juster pointed to “frictions and frustrations” on trade and investment between India and the US, and said the two sides were unable to finalise even a “small trade package” despite persistent efforts. There are also growing restrictions on market access for some US goods and services, increasing tariffs, new limitations on free flow of data and a “less-than-predictable regulatory environment for investors”, he said.

In a farewell address, he also spoke of the need for both countries to preserve their commitment to diversity and tolerance in order to maintain their status in the world and the strength of bilateral ties.

On the strategic front, Juster said the time has come for India and the US to develop guidelines and “even redlines” for a stronger Indo-Pacific architecture to tackle future challenges. Without naming China, he said this framework should enable all countries to prosper from a region that respects sovereignty and peaceful resolution of disputes.

Juster, a political appointee of the Trump administration who has overseen key aspects of India-US strategic relations over the years, is set to step down this month. His address, at an event organised by the Observer Research Foundation that was attended by senior diplomats and the media, largely focused on taking forward ties in key areas such as trade, defence and security, energy and healthcare.

Noting that the US is India’s largest trading partner, and India the 12th largest partner of the US, he said bilateral trade was worth $146.1 billion in 2019, up from $18.6 billion in 2001. It is “frustrating” that bilateral trade isn’t near its potential and greater openness on the part of India would boost trade and investment, he added.

“This is a lot of good news for the economic and commercial relationship. But I would be less than candid if I did not note that there are also frictions and frustrations on the trade and investment front. Despite persistent efforts, we were unable to conclude even a small trade package,” Juster said.

“Moreover, there are growing restrictions in India on market access for certain US goods and services, increasing tariffs, new limitations on the free flow of data, and a less-than-predictable regulatory environment for investors,” he said.

Juster added: “As with the US, India would naturally like to enhance its economic security by increasing domestic production and reducing critical dependencies… The current view in India is that the best way to meet these various objectives is through a policy of ‘Self-Reliance’, emphasising ‘Make in India’, while still seeking to be engaged globally, participate in global value chains, and be an exporter to the world.

“It remains to be seen whether all of these policies are compatible and mutually reinforcing, or whether they will lead to higher tariff and non-tariff barriers to trade. The latter would limit India’s capacity to truly integrate into global value chains and, in the process, raise prices for Indian consumers.”

Juster said India has a “strategic opportunity to become an alternative destination for manufacturing investments” as American and other companies find it “increasingly difficult to operate in China or seek to diversify away from Chinese-led supply chains”, but the Indian government may need to take further action to benefit fully.

Both the US and India have benefited from their diverse populations and India’s “embrace of diversity will always be what makes it exceptional”, he said. “It is a source of strength for this great country and an inspiration for all of us,” he added.

“While neither of us is – nor has been – perfect, we understand that preserving our commitment to diversity and tolerance is important to maintaining our status in the world and the strength of our bilateral relationship,” Juster said.

Without directly referring to China’s aggressive actions along the Line of Actual Control (LAC) or in other parts of the Indo-Pacific, Juster said the US and India are committed to a rules-based order, peace and diplomacy, while there are others who “choose suicide vests or military incursions”.

In response to a question, Juster said the US has been “very supportive” amid the India-China border standoff. “We both share a vision of the Indo-Pacific region…and that is an inclusive vision that provides opportunities for all countries to grow and prosper but also wants to avoid incursions of any type, intimidations and predatory financing, and when there’s a situation that is along those lines, we cooperate to try to resist it,” he said.

The two sides have deepened cooperation on defence and security issues, including efforts to provide security beyond their borders, and convergence on the Indo-Pacific, which has the world’s fastest-growing economies and most populous nations, reflects this cooperation, he said.

“The region needs stability, leadership and a democratic model for development that does not threaten the sovereignty of other countries. This is why a strong and democratic India is an important partner to promote peace and prosperity,” he said.

“We are now building out the foundation of a stronger Indo-Pacific architecture that will enable us to tackle challenges that lie ahead. Our mission over the next five years and beyond should be to give this endeavour further form and substance – to develop guidelines and, if necessary, even redlines,” Juster said, adding this would enable all countries to prosper from a region that respects sovereignty, a rules-based order and peaceful resolution of disputes in line with international law. 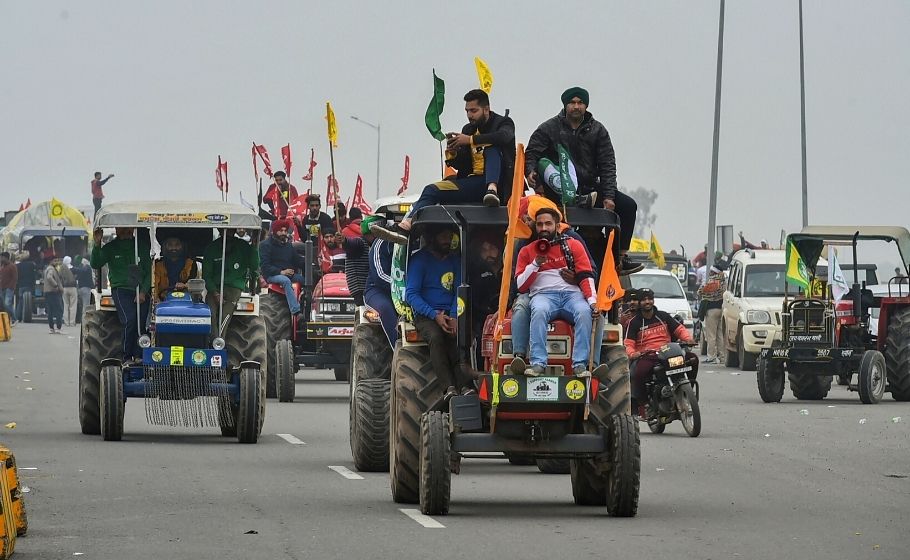 Understanding the new farm laws and farmer protests in India