Thanks to the Covid-19 epidemic, 2020 brought rare attention on science, particularly on the health sciences. Not only did subjects like public health, the mechanism of spread of viral diseases, or the state of country’s scientific research become part of mainstream discussions, a large number of people even became aware of issues like the intricacies of vaccine development, or the difficulties in clinical trials of drugs and vaccines.

Science, and the tools it has gifted, was the primary weapon to be deployed in the fight against the pandemic, whether it related to carrying out of diagnostic tests, or clinical management of more serious patients to prevent deaths, or the search for effective drugs and vaccines.

Not as bad as feared

India hasn’t fared as badly as many had feared at the start of the outbreak. This is not to belittle the nearly 1.5 lakh deaths that have been attributed to the disease, or the millions whose livelihood has been affected. But, considering India’s population and density, the disregard for public hygiene, and the rickety public health infrastructure, much worse had been predicted.

Part of it could be attributed to sheer luck, at least until we fully understand the biological reasons behind the steady decline in the number of cases in the last three months. This decline has survived state Assembly and local body elections, a crowded festival season, and a gradual lifting of all restrictions on movement and assembly of people, and seems irreversible now. This, when most other major countries are struggling to cope with a second or third wave. Relatively speaking, the disease has been much less severe in India, and has caused much fewer deaths on an average.

But the interventions made to reduce the impact of the pandemic have worked as well, some of these more effectively than the others. There was a lot that did not go right, but most of these related to administrative decisions, or the lack of effective communication. For example, most scientists now believe, that the lockdown, though essential, could have been implemented in a better way, and the problem of migrants starting to walk back to their villages should have been anticipated. Similarly, the messaging from the Indian Council of Medical Research, or the Health Ministry left a lot to be desired.

It is the lessons learnt from this crisis that we could see guiding our science and technology policy in the coming years, not just in the realm of health sector, but science in general.

After the initial period of confusion, India could benefit from the fairly robust science and technology infrastructure and network it has built over the years. Nothing exemplified this better than the ramping up of number of diagnostic tests that were carried out to detect coronavirus infections. It started with just one laboratory in Pune, but very soon more than 1,500 laboratories, government as well as private, had begun testing samples. At its peak, India was testing 14 to 15 lakh samples every day.

No other country, including some in the developed world, could boast such widespread testing network. Increasing the number of people being tested contributed in a major way to restricting the spread of the disease.

Another example was the way in which the initial problem of lack of adequate testing kits, reagents and chemicals, and medical equipment like PPE suits and even sanitisers, was overcome. Most of these used to be imported, not because India could not manufacture them domestically, but probably it was more cost-effective to get it from abroad. But the supply became increasingly uncertain due to travel restrictions, and burgeoning global demand. In a matter of weeks, Indian companies in collaboration with research institutions began producing these at home. New, more economical, diagnostic tests were developed and deployed. PPE kits was no longer in short supply. Similar was the case with equipment like ventilators and oxygen meters. The private industry, especially small start-ups, contributed in a big way to filling the demand gap.

One relatively unappreciated fact has been the utilisation of primary healthcare network, and ASHA and anganwadi workers, in contact tracing and awareness efforts. In some cases, more than 100 contacts of an infected person were traced, tested and isolated. It showed that while the primary healthcare network might be weak, and not empowered, it was not entirely broken.

Vaccines are another area where India’s existing capacities are a big asset, and can be leveraged effectively. Notwithstanding who develops the vaccine, India is going to be an important player in the manufacturing and distribution of these vaccines, because of the production capacities that have been built over the years. That would also mean that India would also get early access to these vaccines, with the government not having to spend large sums of money like the United States or some European countries had to do to pre-book the vaccines.

We are already seeing this unroll. The first vaccine is likely to become available not later than a few weeks from now. Early logistical planning for transport, storage and distribution already having been finalised would ensure quick deployment.

An event as disruptive as the Covid-19 pandemic invariably turns out to be a blessing in disguise for making systemic improvements, if those in command are willing to imbibe the lessons that have emerged. Here are some of the things that we are likely to see happening in the science and technology, and health, sectors in the coming months and years.

ATMANIRBHAR BHARAT: If anything, the experience of this pandemic has made the government more convinced of the need for self-reliance, at least in the strategic sectors. And that would include the science and technology sector as well. The fact that India was not even producing relatively simple things like ventilators had come as a shock to the government authorities at the start of the outbreak. Going forward, there is likely to be greater encouragement for laboratories and industry to support domestic manufacturing of components and instruments. Scientists and industry expect relevant policy changes in the coming year.

PROMOTING STAR-UP CULTURE: This is related to the atmanirbhar push. The present government had been promising support to start-up ventures long before the outbreak. But the pandemic also showed how important this is. It was these start-ups that filled the supply gaps in medical equipment and instruments. The most reliable information management systems, providing crucial data about the epidemic, were set up and run by young entrepreneurs, students and researchers.

During the pandemic itself, the government announced a major push for private participation in the space sector, for example. About half a dozen new space-related enterprises have sprung up in the last two years, some of which even had a special audience with the Prime Minister a couple of weeks ago. A similar push is expected for start-ups in the health sector as well.

STRENGTHENING COLLABORATION: Collaboration between government, academia and industry is again a process that was initiated before the pandemic but is likely to gain momentum. Related to this is this government’s belief that there is need to give a ‘direction’ to scientific research, at least to the scientific output, that comes out of our laboratories and industry. This obviously upsets those who believe that basic research must not be constrained in any way. But the government has been insisting that several scientific facilities could be much more productive if they align their research towards finding technology solutions to the country’s needs.

The space for institutionalised collaboration between the government, industry and the scientific community is already being created in several new missions, or technology hubs, that are being set up. In most of these missions, or hubs, it is the industry or the academia that is playing the lead role, while the government tries to facilitate an enabling environment.

STRONGER HEALTH SYSTEM: The dreadful aspect of the pandemic is that it might not be the last one. In the last few years, we have seen outbreaks of several viral diseases. Thankfully, they never became as widespread as the current one. But that is no guarantee that a future one would not be more infectious, or deadly. The current pandemic should prompt a strengthening of the public health infrastructure. A few states are already working on creating, or augmenting, a dedicated surveillance workforce that can detect similar outbreaks in future, and help contain it at an early stage. Greater empowerment of primary healthcare staff is also expected.

Also, while the ICMR, essentially a research organization, was put in the forefront of the fight against the epidemic, the Integrated Disease Surveillance Programme (IDSP), set up in 2004 for precisely this purpose, was pushed in the background. As we ramp up our preparedness to deal with similar epidemics in future, scientists say it would be more effective to empower the IDSP, rather than burden ICMR with a job that is not its core expertise.

VACCINE RESEARCH: Though the existing vaccine manufacturing capacity is coming in handy, India has been found wanting in development of its own vaccine. As of now, there are only two Indian candidates in stage three clinical trials. A country the size, and scientific capability of India, should have been one of the front-runners in vaccine research. But that has traditionally been one of the weak points, which some research institutions now want to address.

NEW SCIENCE POLICY: A new Science, Technology, and Innovation Policy is in the final stages of preparation, and is likely to be unveiled in the next three to four months. It is expected to do to the science sector what the National Education Policy, released earlier this year, seeks to do for education. Not unexpectedly, it is likely to be heavily influenced by the lessons learnt during the pandemic. 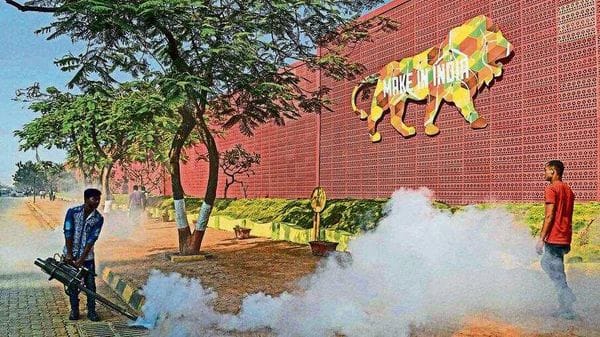 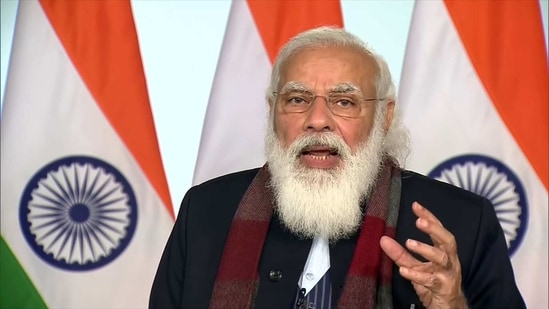