In a little over a month, Finance Minister Nirmala Sitharaman will present what she has heralded as “a Budget like never before”. As a year like never before ends, there are questions on the way forward — including whether the Budget, or any policy intervention by the government in the coming months, can make up for the underwhelming fiscal stimulus response to the situation brought about by the pandemic. And whether other headwinds might potentially circumscribe the rebound in economic growth.

Even as industrial output picked up as the economy reopened, buoyed by pent-up demand and a festival spending boost, consumer sentiment remains weak. The employment outlook is tepid and household incomes continue to be sub-optimal. Stimulus-fuelled investment flows from the US and Europe have brought back risk appetite, sending a deluge from safe-haven assets into stock markets and emerging market economies. India is a net gainer — in fact, if the financial market optimism were to be conflated with the travails of the real economy, a structural disconnect of epic proportions would appear to emerge — the equivalent of an Arnold Schwarzenegger torso on Woody Allen legs, inherently wobbly and likely to come crashing down.

* First, the positives: the NSO’s GDP data release for the quarter ended October 2020 packed a surprise result — the downturn in Q2 turned out to be shallower, and the pace of recovery beat most predictions, aligning broadly with high frequency indicators that pointed to a pick-up in economic momentum. An update on RBI’s economic activity index too projected that real GDP growth was expected “to break out into positive territory in Q3”, albeit to a slender 0.1 per cent.

* A sectoral split shows that auto and capital goods, which were hit hard by the lockdown, could be seeing a turnaround in forward earnings. Healthcare, IT and FMCG companies are sighting stronger earnings outlook. Digital technologies are seen as a bright spot.

* Despite the challenge from a new wave of infections, the outcome of the US presidential election and positive news on vaccines could have a sustaining impact on the prospects of the global economy. A positive outcome of the Brexit negotiations is a plus.

* Equity markets, which were vacillating between rallies and sell-offs up to early November, have since surged past previous highs. According to the Institute of International Finance, portfolio flows to emerging market economies or EMEs, including India, stood at $76.5 billion in November, almost equally shared by equity and debt ($39.8 billion and $36.7 billion respectively). Q4 2020 is projected to be the strongest quarter for EME inflows since Q1 2013 — since just before the taper tantrum. The Indian markets are a big beneficiary — on a year-to-date basis, till December 20, 2020, the S&P BSE Sensex and Nifty50 have surged over 13 per cent per cent and 12 per cent respectively.

* Most of all, India is bending the Covid curve: since mid-September, barring localised surges, infections have slanted downward every week, and the recovery rate is near 95 per cent. At least a couple of vaccine candidates have hit not only trial status but also suitability for usage in India, with more in the pipeline.

* Demand conditions remain weak, evidenced by the decline in exports and imports, which reflect the state of external and domestic demand, according to NCAER. The November RBI Consumer Confidence Survey showed that while consumer sentiment was higher that month than in July and September 2020, confidence was lower in November compared to the same period a year ago.

* A looming policy weakness is evident on both the demand and supply sides. On the GDP-linked demand side, the latest data show a 22 per cent contraction in the government final consumption expenditure in Q2, while on the GVA (gross value added) output side, the public administration, defence and other services sector — a proxy for government spending — was down 12 per cent in the second quarter after a 10 per cent dip in the first quarter. The trend points to the reluctance of central and state governments to provide a fiscal spending boost to balance the fall in investment demand.

* India’s growth had been moderating since the beginning of Q4 2018-19. The government’s reluctance, or inability, to do the heavy lifting is a concern, both in terms of a sentiment booster and a trigger to catalyse the wider investment drive. This would continue to be a challenge, given that in 2020-21, the Centre’s gross tax receipts are projected to fall by over 10 per cent, on top of the 3.4 per cent slide in 2019-20. Non-tax revenues appear to be bleak. States, saddled with higher expenditure on health and locked in a tussle with the Centre over GST payouts, are unlikely to restart the capex cycle. If demand conditions cannot be rekindled, the private sector is not expected to restart investments or hiring, which would further deteriorate demand conditions. In the absence of a counterbalancing push, the problem could turn cyclical.

* As the government largely refrained from providing substantial income support to businesses, jobs were lost as MSME earnings took a hit. The third quarter of fiscal 2020-21 will end with employment of 395 million, which would be 2.5 per cent lower than the 405 million employed in the December 2019 quarter, as per CMIE data. Given that about 45 per cent of manufacturing happens in MSME units, this sector is key to revival of manufacturing. But only those MSMEs registered under The Factories Act, 1948 are actually being captured by the Index of Industrial Production, while nearly half are unregistered manufacturing units. For the GDP data, the methodology that NSO deploys to use the IIP as a proxy to estimate the value of that missing component, is far more distortionary during a situation like the lockdown, which hit the smaller firms especially hard. The real picture will only come in with a lag.

* Contact service sectors such as hotels, restaurants, airlines, salons, which were doing exceptionally well before the pandemic, are among the worst hit, and will continue to struggle till the time the fear of the virus lasts.

* The CMIE jobs data point to worrying trends. As the restrictions were lifted, many who did not get jobs went on to leave the labour force. Typically, when more people find jobs, larger numbers should come looking. But the reverse seems to have happened since September. Also, CMIE surveys up to August show the biggest losses in employment are in quality jobs — salaried employment. Women have been more impacted.

* Inflation has been a bugbear for policy makers in India. The RBI in its December monthly bulletin highlighted the risks from continued high inflation: “…Efforts need to be redoubled to excoriate the ‘worm in the apple’ — inflation — before it hurts the impulses of growth that are taking root”. According to Nomura, retail inflation is unlikely to come down enough for RBI to cut rates in the whole of 2021. Over the medium term, there are chances of inflation heating up again, and RBI may have to switch to hiking rates as well in 2022.

* Sitharaman has said that “investment in research and development in medicine, biotechnology, and pharmaceuticals are the need of the hour”. North Block seems to be readying an infrastructure push, backed by some of the powder that it has kept dry. A production-linked incentive scheme for pushing “self-reliance” is being billed as a template for a manufacturing push. But there are hurdles. Industry is watching the resolution efforts at Wistron’s iPhone manufacturing facility in Karnataka, where violence broke out at a time when the limited success in the smartphone assembly sector is sought to be replicated in pharma and automobiles — and when there is continuing labour unrest at Toyota Kirloskar Motors’ plant outside Bengaluru.

* Investors are also watching the government’s reactions on the legal setbacks in the Cairn and Vodafone retrospective taxation cases. India has chosen to challenge the Vodafone verdict, and a challenge is expected in the Cairn case as well.

* There are worries about the financial sector. Since April, with the moratoriums kicking in, the recognition of defaults has been pushed down the road. It’s a double whammy for the sector — loans have turned bad, even if they’re not being recognised as NPAs, but the lender is not getting the interest in cases where firms have folded up. When EMIs stop, banks’ interest income is hit, and its net interest margin comes down. The profitability of the financial sector is getting squeezed, and without massive recapitalisation, the sector could end up being a drag on the economy going forward.

* According to the IMF, the economy is likely to contract by 10.3 per cent in the current fiscal, and then grow by 8.8 per cent in 2021-22. But while real GDP is expected to rebound, it may take almost two years for it to get back to pre-pandemic levels. According to estimates by the Head of Emerging Markets at J P Morgan, Jahangir Aziz, at the end of fiscal 2021-22, the economy could be 10 per cent lower than the pre-pandemic growth path.

* There is a more fundamental issue relating to the timing of a fiscal stimulus. 2020-21 was the pandemic year, and if India had run up a large fiscal deficit on account of a stimulus, it would have been in line with every other major economy — and rating agencies would not have downgraded India on the size of the spending. According to Pronab Sen, former Chief Statistician of India, any backloading of stimulus spending that stretches into the following year or beyond, would run the risk of India being seen as an outlier.

All eyes on the Budget for now.

Aviation sector hit hard by Covid-19, but recovery may not be far away 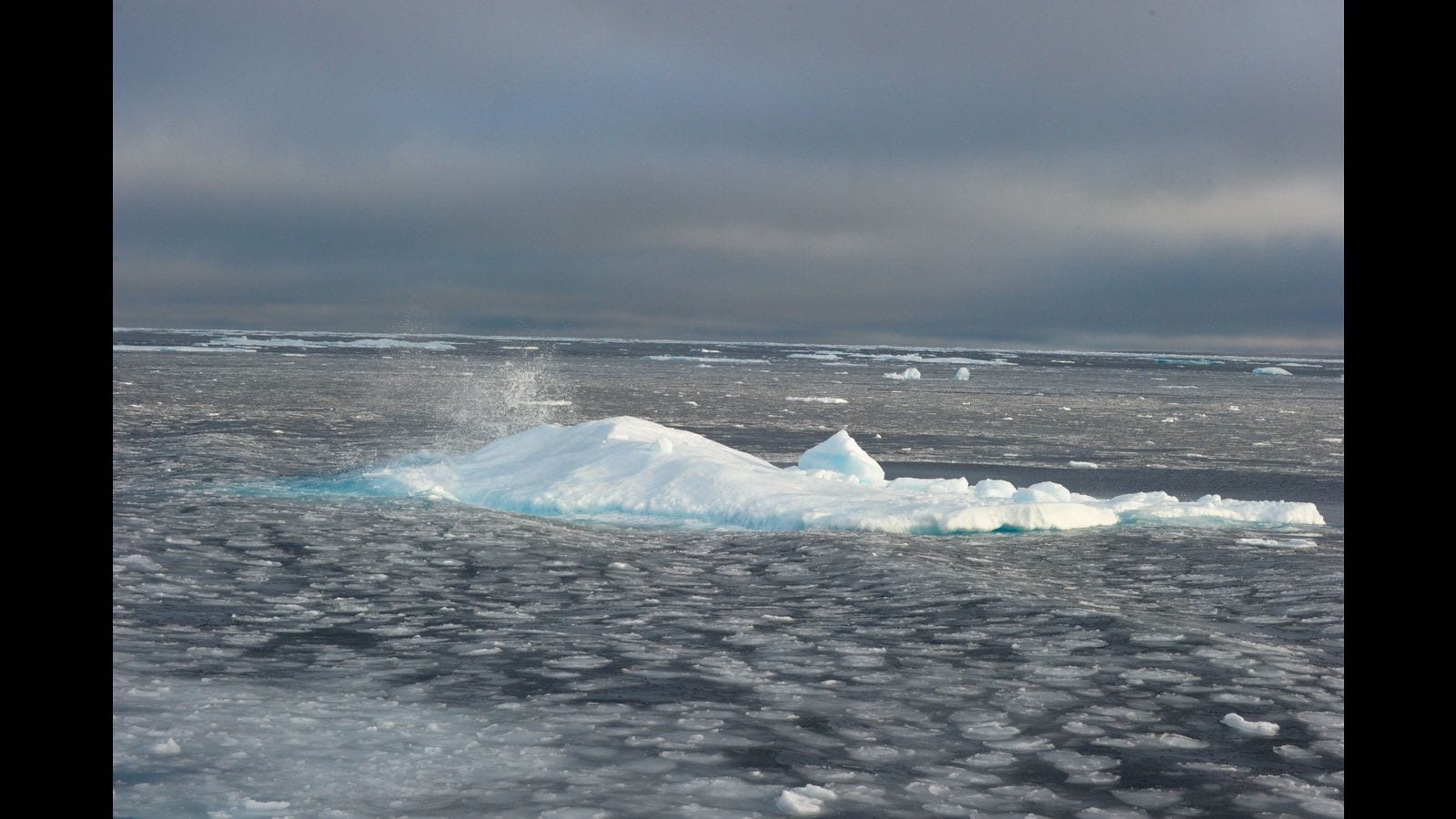