Besides strengthening the railway network, the country is focusing on universal network development by allocating its resources for the construction of new roads.

The infrastructure sector is the cornerstone of the nation. Being one of the most resilient sectors, it plays a crucial role in accelerating India’s overall development, thereby driving its economic growth. Increased government spending on more extensive scale projects offers strength to India’s competitiveness across the globe. As per Indian Infrastructure Sector in India Industry Report, India plans to spend US$ 1.4 trillion on infrastructure between 2019 to 2023 which is predicted to boost the expansive growth of the sector.

The advancement in Infrastructure development further provides momentum to investments in India. According to the estimates of the Department for Promotion of Industry and Internal Trade (DPIIT), FDIs in the construction development and construction sector stood at US$ 25.78 billion and US$ 17.22 billion, respectively, between the period April 2000 and September 2020. Apart from that, India has evolved from being in need of foreign aid to helping other countries develop their infrastructure. The nation has invested a massive amount in infrastructure projects in nations like Nepal and Afghanistan for the construction of hydroelectric plants, dams and schools.

The Indian infrastructure sector has a multiplier effect on several other sectors. India is expected to become the world&#39;s 3rd largest construction market by 2022. Further, to strengthen the sector, the government has announced several initiatives to have a remarkable impact on the country’s infrastructure. Considering the country’s ongoing scenario, the government has announced its plans to allocate Rs. 233,083 crore (US$ 32.02 billion) to give a massive push to the sector and enhance transport infrastructure. From private companies to the government, stakeholders are steering the sector to give it an edge. The announcement to set up the National Bank for Financing Infrastructure and Development (NaBFID) in March 2021 also proves to be beneficial in the seamless funding of infrastructure projects in India. As a result, an efficacious conclusion will be given to a huge number of infra projects. Furthermore, the Mega Investment Textiles Parks (MITRA) scheme was launched to establish world-class infrastructure in the textile sector and establish seven textile parks over three years.

Indian railways network is undergoing dynamic transformation to support freight movements. The Ministry of Indian Railways has announced to set up Western and Eastern Dedicated Freight Corridors to create world-class cargo operations in the country. Western Dedicated Freight Corridor (WDFC) will involve the construction of a 1483km freight line to connect Dadri, Delhi and Navi Mumbai. While Eastern Dedicated Freight Corridor (EDFC) will involve the construction of a 1839km-long freight line connecting Punjab to West Bengal. Apart from railway lines, the Ministry of Indian Railways also announced the modernization of railway stations under the “Adarsh” station scheme. Improvement of the facade of the station building, platform surface, waiting area and retiring rooms, foot overbridges and lifts and escalators will contribute to a massive upgradation of the Indian railways.

Besides strengthening the railway network, the country is focusing on universal network development by allocating its resources for the construction of new roads. To optimize freight and passenger movements, the government has launched Bharatmala Pariyojana – a new umbrella program for the highways sector. It bridges critical infrastructure gaps through universal development involving the construction of Economic Corridors, Inter Corridors and Feeder Routes, National Corridor Efficiency Improvement, Border and International connectivity roads, Coastal and Port connectivity roads and Green-field expressways. Additionally, there will be an increased emphasis on the use of technology and scientific planning for asset monitoring and management.

Furthermore, the building of new highways and expansion of existing ones is a major unconventional mode of ensuring seamless roadways infrastructure. Recently, The National Highways Authority of India (NHAI) has also set the timeline for 23 new highways to make them ready by 2023. This can only be implemented when there is a smooth cash flow in the sector. To ensure that, NHAI’s plans to set up Special Purpose vehicles (SPVs) for the Delhi-Mumbai expressway will offer the scope of reduced timeline and risks in the construction.

The developments in India’s infrastructure sector are exciting. Furthermore, the upward growth trajectory of the space depicts the sustainable development of the country. If the proposed roadmap is implemented on time and zeal, the sector will become one of the most promising ones for the Indian economy.

(The author is MD at Salasar Techno Engineering. Views expressed are personal and do not reflect the official position or policy of the Financial Express Online. 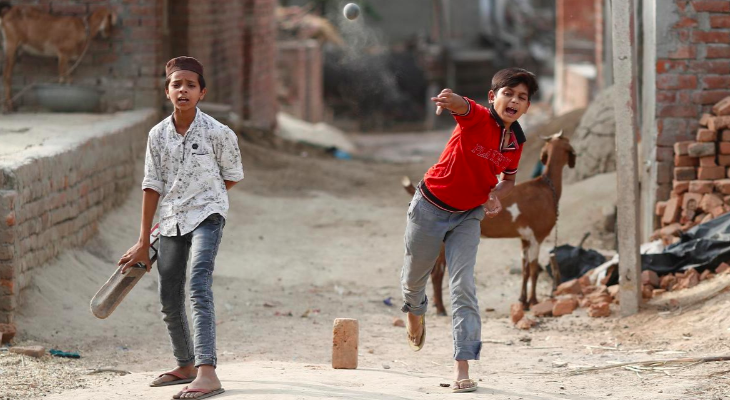