Inaugurating the India International Science Festival (IISF) 2020 on December 22, Prime Minister Narendra Modi said India has a rich legacy in science, technology and innovation. He called upon the scientific community to rekindle the scientific temperament in the society and help people solve the challenges faced by the world. The sixth edition of IISF was organised by the Ministry of Science and Technology, Ministry of Earth Sciences and Vijnana Bharati (VIBHA) from December 22 to 25, 2020 in New Delhi through virtual mode.

Addressing the delegates, the Prime Minister said, “India has a rich legacy in science, technology and innovation. Our scientists have done path-breaking research. Our tech industry is at the forefront of solving global problems but India wants to do more.”

Elaborating on the point, PM Modi said, “The biggest long term challenge for science is to attract and retain quality youngsters.Our efforts are aimed at making India the most trustworthy centre for scientific learning and want scientists to grow with best of world talent.”

The prime minister waxed eloquent on India’s scientific prowess. According to PM Modi, India is emerging as a credible and reliable centre for scientific learning. He called upon the global scientific community to make use of India’s advantages for the benefit of the humanity. Inviting the global community to innovate in India, PM Modi cited the country’s success in the space sector. “All our efforts are aimed at making India the most trustworthy centre for scientific learning. At the same time, we want our scientific community to share and grow with the best of global talent. No wonder India has become active in hosting hackathons,” he said.

Due to the Covid-19 pandemic, the sixth edition of the IISF was held virtually organised jointly by the Council for Scientific and Industrial Research (CSIR), Vijnana Bharti, the Department of Biotechnology, Department of Science and Technology and the Ministry of Earth Sciences. The theme of the IISF 2020 is ‘Science for Self-Reliant India and Global Welfare’. Over one lakh registrations have been recorded for the event.

Union Minister of Science & Technology, Earth Sciences and Health & Family WelfareDr. Harsh Vardhanhas said “Science and Technology breaks all barriers…. We also believe it validates the Indian philosophy of “Vasudhaiva Kutumbakam” – the world is one family. This expression reflects our ancient, inclusive traditions”. He was addressing Science & Technology ministers from Afghanistan, Cambodia, Myanmar, Philippines, Sri Lanka, Uzbekistan and diplomats from Denmark, Italy, Netherlands, Switzerland and other countries at the “Overseas Science & Technology Ministers’ and Diplomats’ conclave” at the Festival. He said, “We have learnt to harness the soft prowess of science and technology as an important pillar of our cooperation in the knowledge economy of the 21st century.”

Dr Vardhan stated: “The current Covid-19 pandemic has reinforced our belief in innovation and R&D to accelerate products and services that not only help in disease management, but also enhance our level of preparedness for future outbreaks. India’s response to the pandemic has been driven by the wisdom and evidence of science. Today, the focus has shifted to vaccine production and rapid testing. Many vaccines are in the advanced stage of development and India is slated to become one of the largest manufacturers of vaccines in the world.”

He expressed his satisfaction “The immunoassay laboratory of Translational Health Science and Technology Institute (THSTI) has been recognised by Coalition for Epidemic Preparedness Innovations (CEPI) as one of the six global networks of laboratories for centralised assessment of Covid- 19 vaccines.”

Theme of the sixth edition India International Science Festival-2020 held in virtual mode was ‘Science for Self-Reliant India and Global Welfare’. Over one lakh participants enrolled for the event

According to Dr Vardhan, there are many other challenges which the world is readying to face in the post Covid-19 era such as climate change, energy and water security, anti-microbial resistance etc, to name a few. “To face these challenges, we must rethink on how research is funded, we need to re-visualise which research is being funded and re-imagine newer ways of cooperation on this front,” he emphasised.

Dr.Vardhan said that the pandemic has accelerated digitization and we need to utilise Artificial Intelligence and Big Data with responsibility and accessibility. “India has taken leadership in digitisation and our contact tracing and tracking of Covid-19 cases has shown that India can harness digital solutions for benefit of the population,” he pointed out.

The sixth edition of IISF was hosted by the Council of Scientific and Industrial Research-NationalInstitute of Science, Technology and Development Studies (NISTADS), New Delhi. 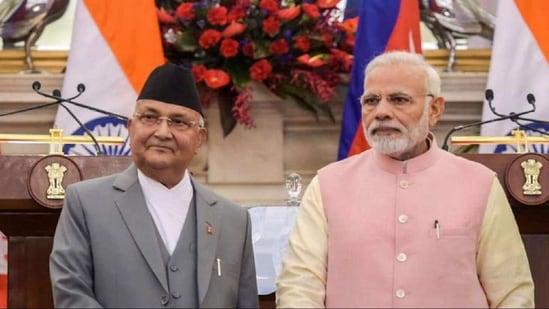 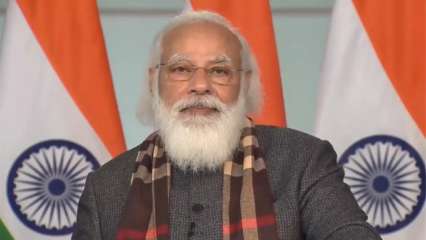