As many as 16,577 people tested positive for Covid-19 across the country in the last 24 hours, showing a slight decline in new reported cases. The country had seen 16,738 fresh infections on Thursday.

The country also saw 120 deaths due to the disease in the last 24 hours, taking the cumulative toll to 1,56,825. As many as 138 fatalities were reported on Thursday.

The new data comes in the backdrop of an indication of the second wave of infection setting in.

The country has so far vaccinated 1,34,72,643 healthcare and frontline workers.

The vaccination drive in India began on 16 January with inoculation of healthcare workers.

The next phase of the inoculation drive is slated to begin from 1 March, when people above 60 years of age and those over 45 with comorbidities will be inoculated against the Covid-19.

The vaccination will take place at around 10,000 government facilities which will be free of cost. However, at private hospitals, beneficiaries will have to pay for vaccination.

The Centre has estimated that this priority group is approximately around 27 crores. 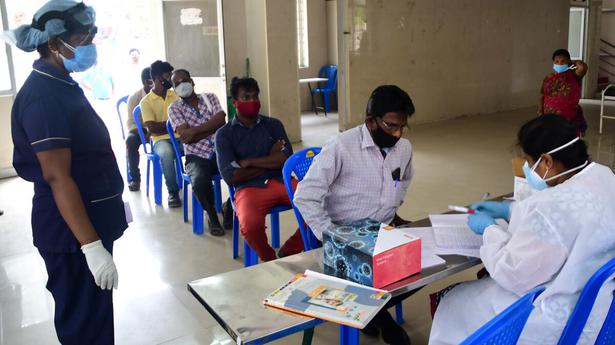