Indian Prime Minister Narendra Modi on Tuesday called for an immediate and comprehensive ceasefire in Afghanistan to end a spike in violence, as the two countries signed an agreement for building a dam to supply water to Kabul city.

Modi expressed concern over a surge in violence in Afghanistan at a virtual meeting with President Ashraf Ghani, saying both countries want a region free of terrorism. Ghani sought guarantees for a stable Afghanistan and, in an apparent reference to Pakistan, said the world must ask all stakeholders to “stop giving sanctuaries and stop interfering in the affairs of their neighbours”.

External affairs minister S Jaishankar and his Afghan counterpart Haneef Atmar signed the memorandum of understanding for building Lalandar or Shatoot dam, which will meet the drinking water needs of two million people in Kabul, provide irrigation water to nearby areas and rejuvenate irrigation and drainage networks.

The project is a sign of India’s continuing commitment to Afghanistan against the backdrop of the troubled peace process with the Taliban and a sustained wave of violence targeting officials, civil society activists and journalists in cities across the war-torn country. The agreement was signed on a day when eight people were killed in four targeted attacks in Kabul.

“We are concerned by the increasing violence in Afghanistan. Innocent citizens, journalists and activists are being targeted in a cowardly manner. We have called for an immediate end to violence and we support an immediate comprehensive ceasefire. Violence and peace counteract each other and both cannot co-exist,” Modi said, speaking in Hindi.

“From Badakhshan to Nimroz and from Herat to Kandahar, I want to assure all Afghan brothers and sisters that India is standing with you. On every step of your journey of patience, courage and resolve, India will stay with you. No external force can stop Afghanistan’s development or India-Afghanistan friendship,” he said.

Modi said the two countries, as close neighbours and strategic partners, “want to see a region free from the problems of terrorism and extremism”, and New Delhi backs a peace process that is Afghan-led, Afghan-owned and Afghan-controlled.

Ghani referred to India’s role in efforts to usher in peace in Afghanistan and said: “We are in an open moment of history, a moment of great opportunity and simultaneously and unfortunately, [of] great threat…” India, he added, has provided “principled support for the end state of a sovereign, democratic, united Afghanistan”.

Regional and international consensus on guarantees for a stable and prosperous Afghanistan is essential, Ghani said. “We must ask the world to ask all stakeholders to respect the rules of sovereignty in international relations, stop giving sanctuaries and stop interfering in the affairs of their neighbours,” he said, in an apparent reference to Pakistan’s role in the region.

He added, “Peace in Afghanistan is within grasp if parties and their backers in the Taliban embrace a true political solution, but Afghans will not submit to surrender. It must be understood that our heroic security forces are not defeated and neither have we lost our will or capacity for serving our people.”

If Afghanistan is plunged into uncertainty, the “consequences for the region and the world will be dire”, Ghani warned.

The Taliban have been blamed for the violence across Afghanistan. The group’s top leadership lives in Pakistan and a recent video featured top Taliban negotiator Abdul Ghani Baradar saying that the group makes all decisions regarding the peace process after consulting the leadership in Pakistan.

Shahtoot dam is the second major dam being built by India in Afghanistan, after the Friendship Dam or Salma dam, inaugurated by Modi and Ghani in June 2016. The MoU on the dam reflects “India’s strong and long-term commitment towards the socio-economic development of Afghanistan and the enduring partnership between our two countries”, the external affairs ministry said.

Pakistan has in the past opposed plans to build the dam on a tributary of the Kabul river that flows into its Khyber-Pakhtunkhwa province, saying the project will reduce the flow of water.

India has completed more than 400 projects in all 34 provinces of Afghanistan, and its pledges totalling $3 billion make it largest donor in the region. Last year, India shipped 75,000 tonnes of wheat as aid to Afghanistan via Iran’s Chabahar port, and it supplied 500,000 doses of Covishield vaccine on Sunday.

Ghani described the donation of vaccines as “an act of exceptional generosity” and thanked India for the “gift of water” that will flow from Shahtoot dam. The new reservoir will help restore the natural beauty of Kabul that “captivated the imagination of [Mughal emperor] Babur and generations of renowned poets”, he said.

Both Modi and Ghani cited author Rabindranath Tagore’s short story Kabuliwala while referring to ancient ties between the two sides and the Afghan president said: “Today, on behalf of Kabuliwalas, I would like to say a great thank you to you.”

Ghani said India-backed projects – including Salma dam, the Parliament building, 1,000 annual scholarships and power transmission lines – have changed the lives of people, while an air corridor with India has been extended to more than 50 countries, and the land corridor from Chabahar to Zaranj is a “symbol of great fortitude”.

Modi said these projects had strengthened India-Afghanistan friendship. “The same friendship was seen during the Covid-19 epidemic. Whether it is medicines and PPEs, or the supply of made-in-India vaccines, Afghanistan’s needs have always been important to us and will remain important,” he said. 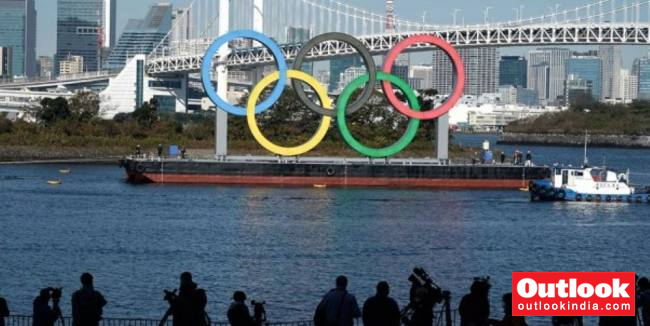