When the Coronavirus (Covid-19) pandemic broke out in March last year and a nationwide lockdown was imposed to restrict its spread, there were concerns all round over its impact on the banking sector. Bad loans were stabilising after a relentless rise for several years and there was a ray of hope for the banking sector after a long time with non-performing assets having crossed the hump. Then the Covid-19 pandemic broke out crippling economic activity due to the lockdown and fears of asset quality problems resurfaced.

The Reserve Bank of India (RBI) too, raised a red flag about possible ballooning of bad loans. Stress tests by RBI projected gross non-performing assets of the Indian banks to shoot up to 13.5% by September 2021 as compared to 7.5% in September 2020 – under a baseline scenario. The situation was predicted to worsen under a severe stress scenario.


“If the macroeconomic environment worsens into a severe stress scenario, the ratio may escalate to 14.8%,” the Financial Stability Report (FSR) of the RBI said. Gross NPA of the banking sector, which has seen a rise since March 2012, hit a peak in March 2018 when it reached 11.5% of the gross advances.

After one year, the actual outcome was somewhat different than what was predicted. The gross NPA figures of the top five banks were lower at the end of the quarter ended March 2021 as compared to what it was a year ago.

Country’s largest lender State Bank of India’s (SBI) gross NPAs fell from Rs 1.49 trillion (6.15% of gross advances) in March 2020 to Rs 1.26 trillion (4.98%) at the end of March 2021. ICICI Bank – the second largest private sector lender – saw its gross bad loans staying almost flat between March 2020 and March 2021 though there was a decline as percentage of gross advances.

“SBI posted a strong performance on the asset quality front wherein slippages and restructuring were within guidance, while sufficient provisioning buffer also provides comfort,” ICICI Securities said in a report on the lender’s fourth quarter earnings. “The bank’s Q4FY21 performance not only beats our expectations, but is superior to many private banks reaffirming our bullish stance with noteworthy positives,” the report said while noting slippages of 1.2% during FY21 as one such positive.

Some banks might have reported a slight increase in the March 2021 numbers as compared to the immediate previous one (December 2020) – mainly due to the revocation of the standstill clause by the Supreme Court, which helped the banks better assess their bad loan position.

“The sector performed better than what was feared when the crisis started…there were apprehensions that NPA formation could be massive.,” said Nitin Aggarwal, an analyst with broking firm Motilal Oswal.

“However, the steps taken by the regulator helped tackle the bad loan issue to a large extent. It gave time to the borrowers to come back on track,” Aggarwal told Business Standard.

The regulator was proactive in tackling the crisis, which was unfolding. As early as the end of March 2020, the central bank announced a moratorium on repayment for borrowers for three months – which was later extended by another three months till August 2020. This provided a cushion for the borrowers as well as the banks to absorb the initial impact of the bout caused by the devastating pandemic.

Interestingly, moratoriums availed by borrowers declined over the time.

“In the beginning the moratorium book was 30% in the first quarter. In the months of April and May last year, there was a complete lockdown. For banks with a higher micro-finance portfolio it was even higher. Then in the second quarter it came down. For many large banks it came down to 8-10%,” Aggarwal said. This shows most borrowers were in a position to weather the storm without asking for a relief in terms of not servicing their debt.

Another important policy decision taken by the regulator was allowing banks to make lower provision while restructuring loans of borrowers whose income had been impacted due to the Covid-19 pandemic. This further acted as a cushion for the banks.

On its part, the government also helped banks by announcing an emergency credit line guarantee scheme (ECLGS) last year in view of the stress faced by the micro, medium and small enterprises (MSME). Under this scheme, Rs 20 trillion of working capital term loans were allocated to the MSME sector with a tenure of 48 months, with a principal moratorium for the first 12 months. Borrowers with up to Rs 25 crore outstanding as on February 29, 2020 and up to Rs 100 crore annual turnover for FY20 were eligible for loans under the scheme. Since the loans were guaranteed by National Credit Guarantee Trustee Company (NCGTC), the risk weight for lenders under these schemes were zero.

As a result, banks readily extended loans to the MSMEs, which helped the companies avoid default.

Experts attributed banks’ emergence from from the Covid-19 pandemic without much pain to four main reasons.

The first reason was that these lenders had been cleaning up their balancesheet for the last few years so the number of stressed accounts in the books came down sharply.

“Indian banking was under a major cleaning up process before the pandemic. There was no froth built up in the system. Banks were already cautious for the last three four years in the lending side,” Asutosh Mishra, head of research, Institutional Equity, at Ashika Stock Broking, said.

The cleaning up of bank books was launched with the asset quality review (AQR) initiated in 2015 by Raghuram Rajan when he was the governor of RBI. As a result of the review, gross NPAs of banks surged from 4.6% in March 2015 to 11.5% in March 2018. The trajectory changed its direction after March 2018, as the ratio fell to 7.5% in September 2020.

Another significant step by the central bank during the Covid-19 pandemic was to cut interest rates sharply – by 115 bps on two occasions, March and May 2020. The repo rate was reduced to 4% – which is considered as the zero rate for the central bank’s policy making purpose as it is the difference between the policy rate and the target inflation rate. RBI’s inflation target is set at 4% – with a band of +/- 2%. Apart from cutting interest rates, the central bank opened several liquidity windows which were offered to banks at the repo rate. These steps helped the lenders bring down their cost of funds.

“The cost of funds for banks came down substantially in the last one year. This helped banks generate higher operating profit and better net interest margins, which in turn helped them to take the provisioning hit in a much better way compared to earlier. While there was an increase in NPA but that was not pinching the banks so much because they have better operating performance to take care of,” Mishra said.

A third reason was that many banks, mostly private sector, were able to raise capital during the first and second quarters of FY21 in anticipation of higher provision requirements. As a result, the higher slippages were taken care of by them without much of an issue.

One of the reasons for lower slippages in the retail segment was improvement in the loan repayment culture with the introduction of credit scores. According to bankers, individual borrowers have become cautious of defaults as that could impact their credit scores. A default impacts the scores which makes it difficult to get a loan next time a customer applies.

Loan write-offs continued to remain elevated for the Indian banks in the previous financial year – yet another reason which helped them contain non-performing assets. Estimates suggest loans worth Rs 1.5 trillion were written-off by banks in FY21.

NPAs older than four years require 100 per cent provisioning and, therefore, banks prefer to write them off. In addition, banks voluntarily write-off NPAs in order to clean up their balance-sheets, avail tax benefits and optimise the use of capital. However, borrowers of written-off loans remain liable for repayment. 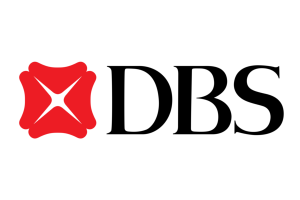 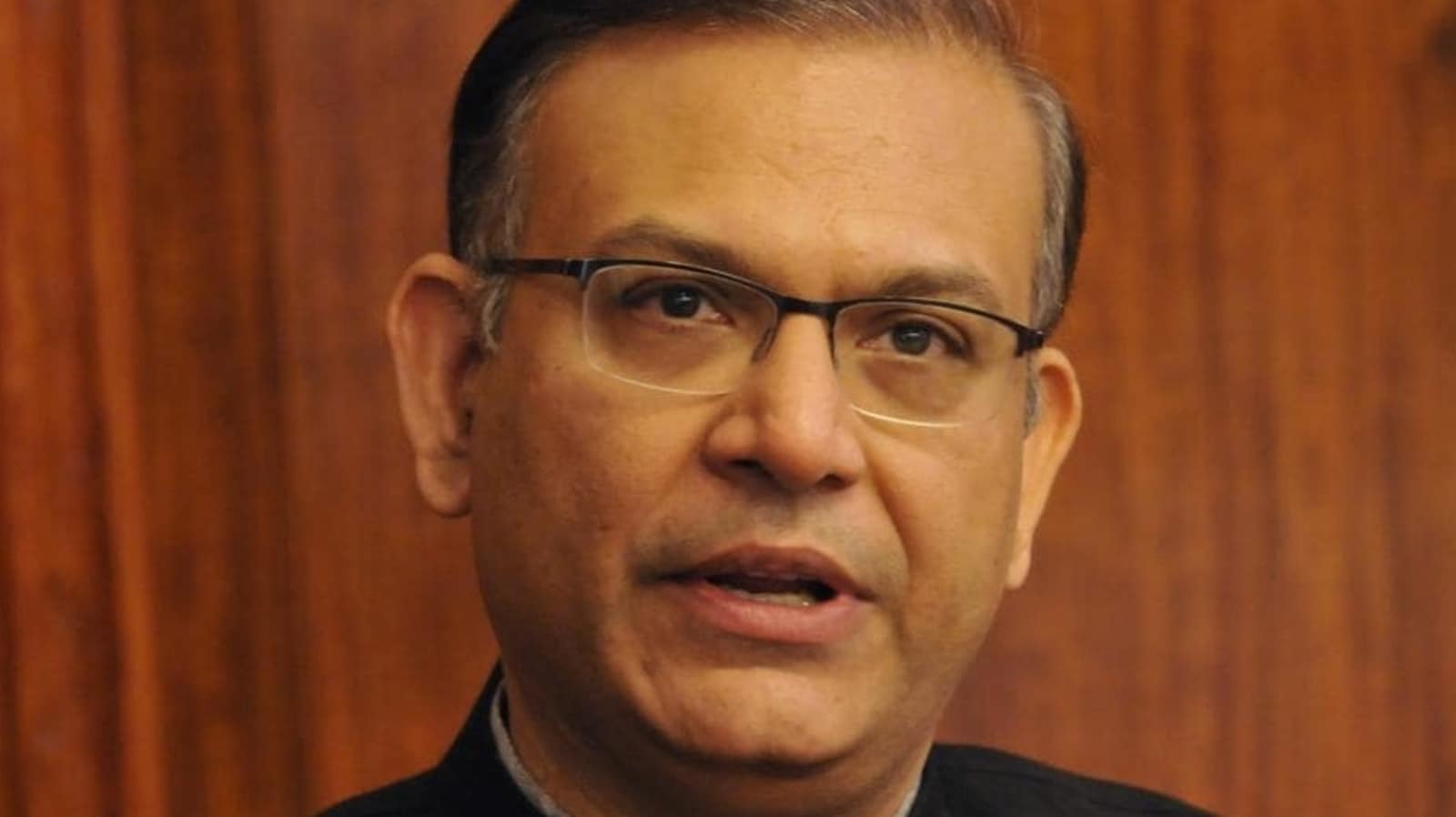