It’s that time of the year again—the end. It’s a time to reflect on the previous 12 months, review what went according to plan and what did not, perhaps carve out time to plan for the year ahead. In the case of 2020 in particular, this is a time to breathe a sigh of relief that a year highjacked by COVID-19 is nearly behind us.

At IndustryWeek, it also is an opportunity to revisit what has become something of a tradition in the past few years, a perusal of manufacturing expansion in the United States. COVID-19 may have played havoc with many of manufacturing’s best-laid plans, but significant growth efforts still moved forward in 2020.

Last year, our annual review focused on a single facility, the Mazda Toyota Manufacturing joint-venture assembly plant rising in Huntsville, Alabama. This year, we dropped in on three facilities in various states of construction or completion:

What do projects like these tell us? They speak to the health and potential of the domestic market, even during a year as rough as 2020. Moreover, an examination of these new builds, and the technologies, practices, and strategies they include, provides insights into market trends that may help shape any manufacturer’s next move. And, finally, these massive greenfield builds are exciting—both for the current state of U.S. manufacturing and for its future as we rebound in earnest from COVID-19.

Navistar International made news in early November when it was announced that the U.S. truck maker would be acquired by Traton SE, a global commercial vehicle manufacturer and subsidiary of Volkswagen AG. It wasn’t a coming together of strangers: Both companies have been engaged in a strategic alliance, and Traton already owned nearly 17% of Navistar’s outstanding shares of common stock.

The combination, which is expected to close in mid-2021 subject to typical approvals for this type of transaction, has not stopped progress on Navistar’s new manufacturing plant under construction in San Antonio. The facility is being billed by Navistar as state-of-the-art, and Christopher Pellico, senior program manager for the facility, says it will set a lean manufacturing benchmark in the commercial truck industry.

In late June, the truck manufacturer held a virtual groundbreaking for the 900,000-square-foot plant, which will have the flexibility to build Class 6 through Class 8 vehicles, Navistar says. When completed it will include a general assembly area, body shop, paint shop and logistics center. Its single assembly line will be capable of mixed-model manufacturing.

Navistar’s new operations will showcase the convergence of manufacturing 4.0 and lean, the company says.Navistar International

Pellico recently shared updates on progress at the construction site, as well as his excitement about what the new facility will bring to Navistar.

First, the basics: Concrete work was underway in early December, with approximately 200 of 600 concrete footings poured. The site will begin erecting steel in about mid-December. “The steel is actually being manufactured in the state of Texas,” Pellico says.

But it’s Navistar’s vision for the site—punctuated by concepts such as digital factory, connected equipment, predictive analytics, real time decision-making, coupled with and supporting lean manufacturing principles—that has Pellico excited.

Those predictive analytics and connected equipment will monitor equipment, giving staff the opportunity to address potential maintenance issues before machinery fails, thus optimizing uptime. A digitally connected material handling system will both keep an eye on the supply base and support timed tugger routes that assure material hits production where it needs to be, when it needs to be. Digital shop floor instructions will replace paper compiled in binders. And that’s just a taste of what the facility will be able to accomplish.

Such advanced technologies may be familiar in some industries, such as automotive, but they are not routinely embedded in the commercial truck manufacturing space, according to Pellico.

“This is the first plant in the commercial truck market that [will] have the details that we have relative to the convergence of manufacturing 4.0 and lean,” he says.

Opening a greenfield site goes a long way toward making such a vision possible. “This gives us really a clean slate [for] everything from process design to lean implementation to culture, creating an environment that promotes Navistar’s core values. And frankly, it goes all the way to our customer, giving our customer real time visibility,” he says. “That’s what we’re doing.”

An Active Construction Site in Lordstown

The Ultium Cells LLC joint venture between the two companies, announced in December 2019, will produce battery cells for electric vehicles, including the GMC Hummer EV and Cadillac Lyriq. It’s an active construction site—as of early December, approximately 400 people were engaged in the construction phase of the manufacturing facility, according to Thomas Gallagher, plant director, Ultium Cells. Steel erection is underway at the plant, a portion of the building is under roof, and siding is going up.

“It’s clipping along at a very expedited basis, but it’s a large building,” Gallagher says. He credits global teams pulling together to address significant challenges—including building during a pandemic—with keeping the project on schedule.

The battery cells manufacturing plant is a $2.3 billion investment to develop and mass produce battery cells that is expected, according to the joint venture, to drive cell costs to below $100 per kilowatt-hour, at full volume. Every decision, therefore, is a step toward driving out inefficiency.

The layout, for example, is “optimized in a way that everything flows from zero to 100 in a single direction. It doesn’t go upstairs, downstairs; it doesn’t make left or right turns,” explains Kee Eun, president and CEO at Ultium Cells. “It’s very, very intuitive and very streamlined.”

Once complete, the factory will be a marriage of advanced battery-cell technology and Industry 4.0, including 5G wireless connectivity and technologies around data collection, quality control and material flow. Simulation to optimize processes has played a big role over the past six months.

It’s an exciting time, says the plant director. “A lot of things are happening around us, and we are attempting to integrate all the technologies as a joint team together,” Gallagher says.

Getting the right workforce in place is imperative as well. Battery manufacturing is a high-tech environment that relies on technical competency versus the traditional assembly processes that come from, for example, building components.

“Having mechanical aptitude and some of the basic math skills are very important as foundational skills,” says Gallagher.

This joint venture is forecast to create jobs for some 1,100 team members, and in November the organization opened the application process for key positions related to set up and launch of battery cell manufacturing. The plan is to initially start small, developing the expertise of core teams who will eventually become teachers for later hires. Those initial hires will gain some of their experience hands-on, at LG Chem’s plant in Holland. Michigan.

“It’s an important piece, getting people hands-on experience so they can grow and learn in this industry, because it’s quite different,” Gallagher says.

Ramping Up Production in North Carolina

Our final stop moves south, to Lexington, North Carolina, which recently became home to EGGER Group’s 20th manufacturing plant. It is also the Austrian company’s first site in North America, developed to better serve the U.S. market. Here the manufacturer will produce both raw particleboard as well as thermally fused laminate, of TFL, board. “Will produce” may be a slightly inaccurate description given that the facility started production in September. Nevertheless, full production is still ramping up. The workforce numbers around 300, and Carsten Ritterbach, plant manager, Commercial Services, said the desire is to grow that number to about 750 people.

Like both the Navistar and Ultium Cells projects, EGGER’s new manufacturing site is large, and it, too, is a greenfield build. It encompasses 240 acres, with about 1.1 million square feet under roof. Construction of the facility began in late 2018.

Ritterbach describes the Lexington plant as the “most modern plant in the world” for the type of product it manufactures. The company established a training facility for potential hires well in advance of the plant’s opening—not EGGER’s typical pattern for new production sites—to both assure the right people were brought on board, but also to introduce them to the EGGER culture. There was yet a third reason.

“It’s a new continent for us,” Ritterbach says. “This was our step to the U.S., to North America. And we said, we have to train the people to understand EGGER. We sent them also to Austria, to Germany, to Poland and other plants to see how to work with the product, how to drive a forklift, and so on and so on. This was very important for us to start from the very beginning with the right mindset.”

The plant manager also gave kudos to the Lexington area. “We are feeling really comfortable here, with the people and with the possibilities we have all around the plant,” he says. “Also for us, we want to be a good employer.”

So there you have it. While it was a year with more downs than ups for many companies, manufacturing growth did not come to a standstill, nor was it tentative. As these three projects illustrate, manufacturing is betting on the United States. 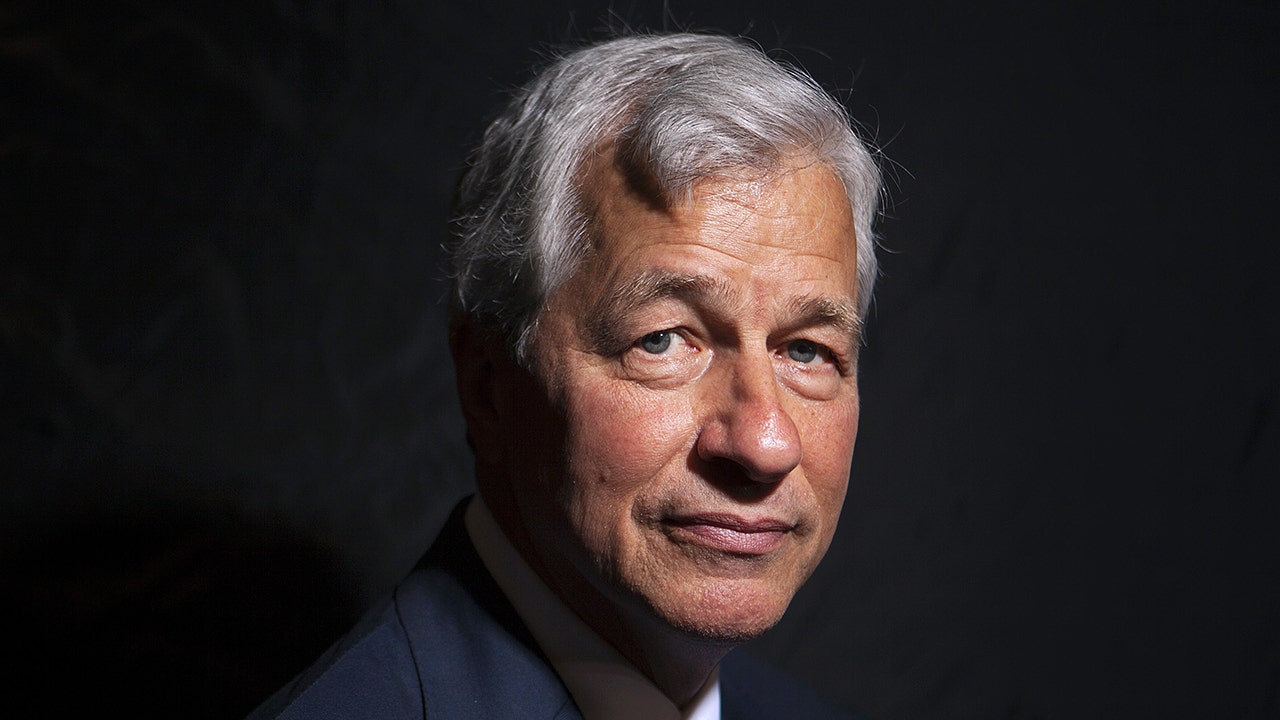