The State Budget 2021-22 with a size of around 13 per cent (pc) bigger than the previous year’s Rs 1.5 lakh projects high aspiration towards a turn-around to the pre-Covid period with expectation that the State’s own revenue will grow by 10 pc during the year.

Focus has been on key sectors like agriculture, health, infrastructure, urban development, employment and livelihood as well as education while keeping the thrust on high-profile projects that the government would seek to ride on when the local elections draw near.

Expectedly, the health sector received a 19 percent jump with an allocation of Rs  9,164 crore while a massive Rs  12,000 crore for piped drinking water supply projects has been planned in sync with the Union Budget. The highest allocation of Rs 24,370 crore, however, went to education and skill development.
Similarly, agriculture and water resources sectors also received much attention with the government allocating over Rs  25,000 crore for these two.

The Finance Minister announced launch of a new scheme, Urban Wage Employment Initiative-MUKTA to provide wage opportunities to urban poor including the urban poor and migrant labourers who have lost their jobs. Besides, Rs 3,000 crore has also been announced with a target for construction of five lakh pucca houses through a convergence of PMAY-GRAMIN and Biju Pucca Ghar scheme.

The Finance Minister also announced transfer of Rs 6,950 crore to panchayati raj institutions and urban local bodies for provisioning of basic services based on the recommendations of 15th Finance Commission.“The State economy is now showing signs of recovery. Time has come to revert to our growth trajectory and aspire for transformative New Odisha once again,” Pujari said in his budget speech.

As was anticipated, Pujari has tried to make the best out of the limited resources as some of the flagship projects required his attention. While Rs 500 crore was provided to convert SCB Medical College and Hospital, Cuttack into an AIIMS plus institute, Rs 542 crore has been allocated for development of Puri into World Heritage City under ABADHA scheme. Another Rs 200 crore each has been allocated to Lingaraj Temple and Samalei schemes.

However, the budget estimates are driven by Rs 30,137 crore State’s share in Central taxes, Rs 37,963 crore grants from the Centre including GST compensation and gross borrowing along with other receipts of Rs 44,400 crore, which account for nearly two-third of the receipts.

Despite the attempt by the Finance Minister to create a sense of optimism amidst the Covid-19 pandemic, the precarious finances are visible all around. The estimated revenue receipts of Rs 1,25,600 crore will depend on Rs 37,500 crore own tax revenue and Rs 20,000 crore non-tax revenue of the State, though the economy is yet to recover from the pandemic induced slowdown. 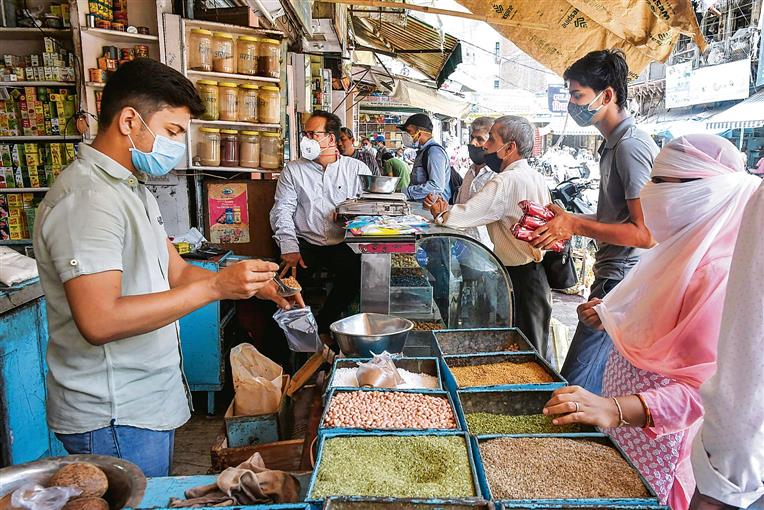