On the economic front, the biggest news this week will be the release of the First Advance Estimates (FAE) of national income (read GDP) for the ongoing financial year (2020-21) on January 7th.

The FAE of GDP to be released this week are unlikely to be the last word on India’s GDP for 2020-21. Over the past few years, as the Indian economy has decelerated, GDP growth estimates have been revised downwards repeatedly.

But the significance of the FAE lies in the fact that they will effectively be the numbers that will form the basis for the Union Budget of 2021-22, which is set to be unveiled on February 1st.

Most analysts expect India to contract by at least 7% this year. But there is some debate regarding the robustness of the economic recovery after the economy entered a technical recession at the end of the second quarter that ended in September. The news leading up to January 7th hasn’t been very cheery.

But the robustness of FAE and the debates around India’s GDP growth concerns appear rather academic when compared to the dramatic scenes surrounding the ongoing farmer protests.

For the government, the three farm laws are a logical extension of market reforms into India’s agriculture sector.

For the protesting farmers — primarily belonging to Punjab and Haryana — the farm laws will rob farmers of their traditional social safety net. Farmers do not view farming merely as a “job” as many of us who are part of the modern economy often do. For them, farming is also the fall-back option when other ventures fail. For farmers, cultivation is not just about productivity metrics; it is also about an option for them to eke out a living, however meagre, when they find themselves unable to participate in the other sectors of the economy — industries and services sectors.

This perhaps explains why two-thirds of the world’s second-most populous country lives in rural areas. Or why agriculture employs almost half of India (44%) despite contributing less than 15% to India’s GDP.

But the farmers do not have only defensive demands. They have other long-standing grouses as well.

For instance, far from coming through on the election promise of doubling of farm incomes by 2022-23, the current government led by Prime Minister Narendra Modi has actually made things worse for farmers.

What is the truth? Does the Indian government support its farmers as much as some of the other comparable countries?

According to the data provided by Organisation for Economic Co-operation and Development (or OECD), the Indian farmers seem to have a genuine grouse.

Across countries, the OECD provides five sets of data on the issue of agriculture support and India trails on most counts.

The first is Producer Support Estimates or PSEs (see chart below). These are transfers to agricultural producers and are measured at the farm gate level. They comprise market price support, budgetary payments and the cost of revenue foregone. The second is Consumer Support Estimates or CSE (see chart below). These refer to transfers from consumers of agricultural commodities. They are measured at the farm gate level. “If negative, the CSE measures the burden (implicit tax) on consumers through market price support (higher prices), that more than offsets consumer subsidies that lower prices to consumers,” the report clarifies. The third variable is general services support (or GSSE) — see chart below. “GSSE transfers are linked to measures creating enabling conditions for the primary agricultural sector through development of private or public services, institutions and infrastructure. GSSE includes policies where primary agriculture is the main beneficiary, but does not include any payments to individual producers. GSSE transfers do not directly alter producer receipts or costs or consumption expenditure,” it states. 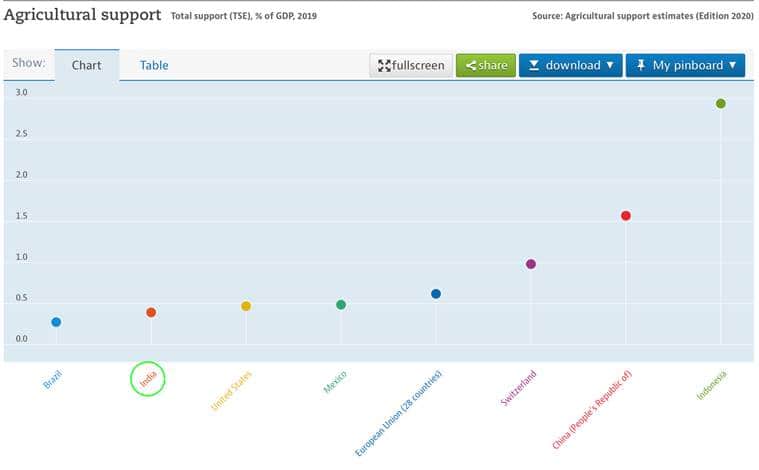 Lastly, the OECD also provides data on “producer protection” — see chart 5. The PP is the ratio between the average price received by producers (measured at the farm gate), including net payments per unit of current output, and the border price (measured at the farm gate). For instance, a coefficient of 1.10, which China has, suggests that farmers, overall, received prices that were 10% above international market levels. “The negative value of the PSE reflects that domestic producers, overall, continue to be implicitly taxed, as budgetary payments to farmers do not offset the price-depressing effect of complex domestic regulations and trade policy measures,” it clarifies further.

It further states: “Mirroring the farm price-depressing effect on producers, the policies provide implicit support to consumers. Policies that affect farm prices, along with food subsidies under the Targeted Public Distribution System, reduced consumption expenditure by 21.4% (%CSE) on average across all commodities in 2017-19.”

In other words, contrary to the perception among many, the government has preferred the welfare of Indian consumers over the Indian farmers.

No place for such incidents in democracy: Congress on violence during farmers’ tractor parade | India News

No place for such incidents in democracy: Congress on violence during farmers’ tractor parade | India News 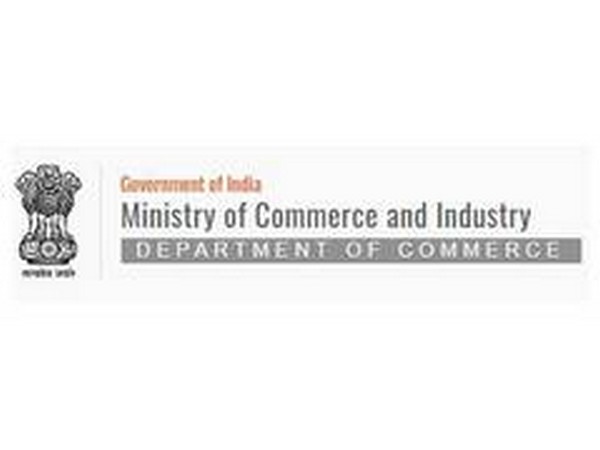 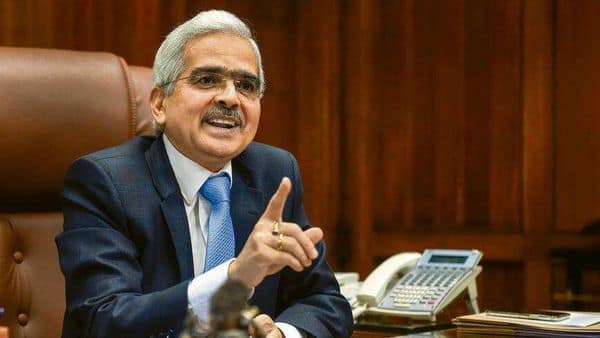