Prime Minister Narendra Modi dedicated to the nation the 1000 MW Neyveli New Thermal Power Project and 709 MW Solar Power Project of NLCIL. He laid the foundation stone for design, supply, installation and commissioning of a 5MW grid connected ground based solar power plant at VO Chidambaranar Port and for the extension, renovation and modernisation of Lower Bhavani Project System.

He also laid the foundation stone for development of Integrated Command and Control Centers (ICCC) in nine Smart Cities including Coimbatore, Madurai, Salem, Thanjavur, Vellore, Tiruchirappalli, Tiruppur, Tirunelveli and Thoothukudi. He inaugurated the 8-laning of Korampallam Bridge and Rail Over Bridge (ROB) at VO Chidambaranar Port and the tenements constructed under the Pradhan Mantri Awas Yojana (Urban) scheme.

Addressing the event, the Prime Minister said Coimbatore is a city of industry and innovation. Development works launched today will benefit Coimbatore and the entire Tamil Nadu, he said.

The Prime Minister said that the modernization of Bhawani Sagar Dam will irrigate over 2 lakh acres of land and farmers of several districts will benefit from this project. He lauded Tamil Nadu for making a major contribution towards India’s industrial growth.

He expressed happiness to inaugurate several major power projects, as one of the basic needs of industrial growth is continuous power supply. He said that the 709 MW solar power project is indigenously developed and the cost of this project is over Rs 3,000 crore.

He further said that another 1,000 MW thermal power project constructed at a cost of Rs 7,800 crore will be hugely beneficial to Tamil Nadu. He added that over 65% of the power generated will be given to Tamil Nadu.

The Prime Minister said that Tamil Nadu has a glorious history of sea trade and port-led development. The projects launched today will further strengthen the cargo handling capacity of the port and support the green port initiative. He noted that efficient ports contribute to India being Aatmnirbhar and a global hub for trade as well as logistics.

The Prime Minister asserted that the Government of India’s commitment to port-led development can be seen through the Sagarmala Scheme. About 575 projects at a total cost of over six lakh crore rupees have been identified for implementation during the 2015-2035 period. 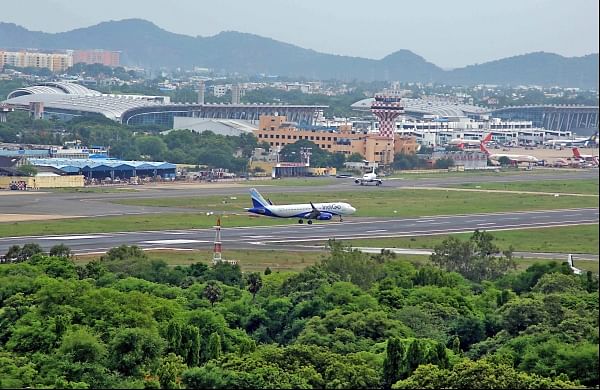