At the end of a year that’s been defined by the coronavirus disease pandemic, it is strange that governments around the world need to be reminded of this: the coronavirus does not follow their rules. For instance, it has no working hours, geographical boundaries, or preferred venues. I say this because of the rush by countries, including India, to bar flights to and from the UK, parts of which (including London) are being ravaged by a new strain of the coronavirus believed to be far more infective (how much more? 70%, if UK authorities are to be believed). It might have helped if this travel ban had been enforced back in September, when the new strain was first sequenced in the UK; it is likely too late now.

In Dispatch 231 (on Wednesday), I bemoaned the fact that India does not sequence enough viral genomes. After all, the UK discovery was the result of one of the world’s largest and most comprehensive viral genome sequencing efforts (Covid-19 Genomics UK; I wrote about it in Dispatch 230). But India isn’t the only laggard. The world may have seen over 70 million cases of the coronavirus disease but only around 275,000 of the cases have been genetically sequenced (according to sequencing data available publicly). Of this, the UK alone accounts for around 125,000. Since December 1, for instance, according to the New York Times, the UK has sequenced 3,700 viral genomes, and the US “fewer than 40”. According to a note on the new variant put out by the US Centers for Disease Control and Prevention, the US has sequenced the viral genome in “about 51,000 of the 17 million” cases.

India hasn’t put out in the public domain details of the number of viral genomes it has sequenced from Covid patients, but this writer learns that this number is just around a few thousand, and also that the number of cases sequenced since October is next to nothing. And while the one kind of RT-PCR test that serves as an easy proxy to identify the mutant strain (as compared to more complex and time-consuming genome sequencing; Dispatch 231 explained how this particular RT-PCR test helped) is approved for use in India, it costs more than other molecular tests, and the cap on test pricing has meant that almost no laboratory here uses it.

Partly over concern about the new strain, and partly to prevent large-scale celebrations and partying of the sort seen around this time of the year, many Indian states have imposed a night curfew, which is a very good move because the Sars-CoV-2 virus has clearly defined working hours. Other states have restricted some activities, but allowed others to continue – also an equally good move because the virus is selective about whom it targets and where it attacks. In truth, there’s as much risk of the farm protest outside Delhi becoming a superspreader event as there is of political rallies in West Bengal.

So, what should India do?

For one, it should assume that the new strain is already here and tighten social distancing protocols, enforce the wearing of masks, and completely ban public gatherings for the next few weeks – irrespective of whether these are religious, cultural, or political in nature. It should also tighten screening in airports (the instant it did so on Monday, only for travellers from the UK, it uncovered a handful of cases). For another, it should simply do what the US plans to. The US recently announced a surveillance programme (details of this are also in the CDC note) that will sequence 10 samples from each state every two weeks to check for the new variant. The Indian Council of Medical Research should, on a war footing, sequence viral genomes from every district that has new cases – and do this at a regular frequency, say, every week. It wouldn’t need to sequence too many from each district – a sample of even five or six would do.

Sars-CoV-2 VOC 202012/01, as the variant has been named (some are also calling it B.1.1.7 because the alternative is a mouthful), is probably already here (the CDC note admits that “given the small fraction of US infections that have been sequenced, the variant could already be in the US without having been detected”, and the same applies to India). It is time to accept that and move on to doing what needs doing.

Information about the Moderna COVID-19 Vaccine

Studies find having Covid-19 may protect against reinfection 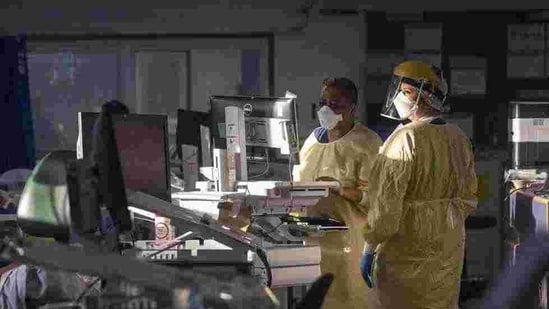