As coronavirus has upended consumer behavior this year, the holiday season was no exception.

With stay-at-home consumers shopping online more than ever, e-commerce giant Amazon
on Monday reported a “record-breaking” holiday season. Some of the season’s best-selling items on its site, including Jenga classic game and Lite-Brite retro toy, also showcased consumers’ hunkering-down mentality.

The Seattle powerhouse’s merry season was reflective of the broader divide in the industry. As consumers began holiday shopping earlier than ever, with the season’s start marked unofficially with Amazon’s Prime Day in mid-October, Mastercard SpendingPulse data showed holiday retail sales excluding automotive and gas purchases rose 3% between Oct. 11 and Dec. 24, led by a 49% surge in online spending. E-commerce rose to nearly one-fifth of overall retail sales, up from  13.4% in 2019,  according to MasterCard
, which tracks overall retail spending trends across all payment types, including cash and check.

Brick-and-mortar retailers like Walmart
and Target
that have turned their sizable physical store fleet into online processing centers with in-store or curbside pickup offers likely also gained ground this holiday season. Year-over-year curbside pickup transactions almost doubled between Nov. 1 and Dec. 9 to represent 23%  of all online orders, according to Adobe
Analytics. It expected those transactions to represent half of all online orders past the shipping deadline of Dec. 11. Retailers that pitched the service also converted more online browsers to buyers than those that didn’t, Adobe said.

“Covid-19 has accelerated the shift to online in 2020 and we expect further disruption going  forward,” investment bank UBS said in a report this month, adding the shift can affect hundreds of U.S. stocks worth about $8 trillion. Online will increase to 31% of U.S. retail sales by 2024 versus its prior forecast of 20% by 2020, UBS said. UBS also raised its five-year average annual online sales growth forecast to 12% from 11%.

“One of the enduring outcomes of COVID-19 is that it inspired broader digital  adoption,  especially  in older age  cohorts,” UBS said, adding its finding is based on a seven-year proprietary survey of U.S. consumers.

The gains made by the likes of Amazon and likely by brick-and-mortar retailers from Walmart and Costco to Home Depot
and Best Buy
marked a sharp contrast against department stores and other retailers that don’t serve either as one-stop shops or cater to consumers’ stay—at-home needs.

The divide between the winners and losers has led to a spate of store closings and bankruptcies, with major cities like New York losing tourists and office commuters bearing the brunt of the impact. More than 40 major retailers have declared bankruptcy and a record 11,000-plus stores have been announced for closing in the U.S. this year, according to commercial real estate data firm CoStar Group
.

With coronavirus-related restrictions, restaurants also have been among the hardest hit. More than 110,000 establishments, or 17% of restaurants, are closed permanently or long term, according to a November survey by the National Restaurant Association. Food service and drinking places, once an industry outperformer, saw sales this year through November fell 19%, with the rate of decline outpaced only by a plunge of nearly 29% from clothing and clothing accessories stores, according to U.S. Commerce Department’s November retail sales report released this month. Online sales jumped 23%, the government data showed.

But don’t sound the death knell for brick-and-mortar yet. A case in point, Läderach, a major Swiss chocolate retailer, recently opened a New York flagship to bet against the naysayers. In the days leading up to Christmas, throngs of last-minute shoppers can be seen in New York’s Herald Square and other shopping neighborhoods. Foot traffic to 10 major retailers including Walmart, Macy’s
, T.J. Maxx and Dollar General
rose 18% on Super Saturday weekend, or the weekend before Christmas, from Black Friday weekend, according to industry tracker Placer.ai.

“Stores still have a place,” the UBS report said. Consumers said they “still shop in stores to see and try products and because they enjoy the experience.”

Related on Forbes: New coronavirus restrictions are dealing another major blow to many restaurants this holiday season

Related on Forbes: How Peloton’s $420 million Precor deal will bulk up its business

China's economy is still months away from a full recovery, business survey finds 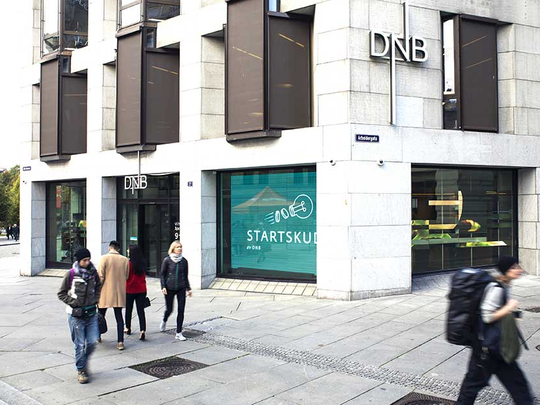