Power generation from coal in India fell to a five-year low of “just” 1,064 terawatt-hours (TWh) in 2020 due to the COVID-19 induced slowdown. This was only a dip, however, as coal still makes up a gigantic 70 percent of the country’s total electricity production and is set to come back with a vengeance, growing by 43 percent to 1,523 TWh in 2037, when Rystad Energy expects coal power to finally peak.

As surprising as the projection may be to some, such a surge in coal consumption is not that unexpected. India’s power generation is set to grow exponentially to 3,565 TWh by 2037, more than double 2020’s figure. Electricity production will already exceed 2,000 TWh from 2025 and is set to breach the 3,000 TWh ceiling from 2034 as a result of an electrification boost and economic growth.

In fact, the authors expect India’s electricity generation to increase with an average annual growth of 4.2 percent, effectively tripling its current level over the next 30 years.

The outlook is not all grim for clean electricity, though. Today’s power mix will be unrecognisable in three decades as the government pushes for greener initiatives. The report forecasts all renewable sources grouped together (wind, solar, hydro, and biofuels/waste) will surpass fossil fuels in India’s total power generation by 2038. Further out, the authors expect solar to outcompete coal by 2050 in terms of the largest share in the power mix.

“India has made some progress in meeting sustainable development goals and its government has set ambitious targets. However, even though it has huge potential for clean power generation, our view is that in the short term its renewable targets are too ambitious. It may take a bit longer, but eventually we will see renewable power dominate,“ said Fabian Rønningen, gas and power analyst at Rystad Energy. 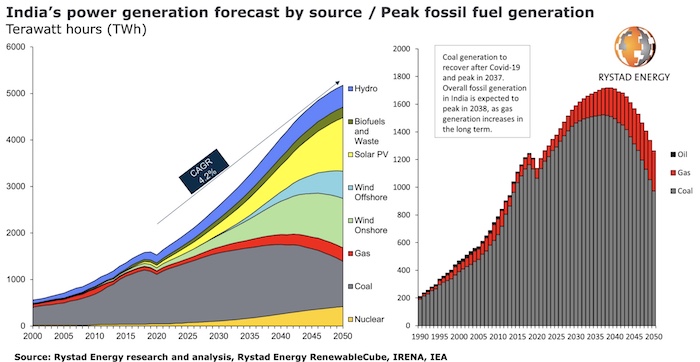 Solar power production will continue to grow even more after 2030, but as onshore wind is also set for a massive boost, solar will only overtake onshore wind towards the end of 2050, the report projects.

The report also details that many countries around the world are relying on gas to transition away from coal and into renewables. However, given the limited access to gas supplies and the country’s economic dependence on the coal industry, India is expected to continue to use coal power to provide stability for the exponential growth in renewable power generation.

At the other end of the spectrum, solar PV capacity is forecast to overtake coal by 2036 and could reach almost 650 GW by 2050. The report predicts a boom in solar PV development in India due to the country’s excellent solar conditions, the strength of solar PV as a distributed energy source, as well as the continued cost decline of utility-scale solar PV in India. Wind (onshore and offshore) is expected to follow a similar path, reaching 575 GW of installed capacity by 2050.

Further, to support this massive integration of renewable intermittent energy sources, we expect a strong increase in energy storage in the long term, totaling 31 GW by 2030, 93 GW by 2040 and 224 GW by 2050. However, coal could continue to provide baseload and stability to the system in the long term.

A slightly contrasting report was recently released by energy think tank Ember, which found that coal power has continued to decline in India since reaching a peak in 2018. It also stated that Coal-fired electricity generation in India fell 5 percent in 2020 due to significantly reduced annual electricity demand as a result of the COVID-19 lockdown. It is the second consecutive year that coal power has fallen, with coal generation down 8 percent in 2020 compared to 2018.

However, the report also added that although coal still remains the dominant source of electricity, generating 71 percent of India’s electricity in 2020, it might have very well passed its peak if India can deliver on its ambitious solar and wind energy targets. Coal in India 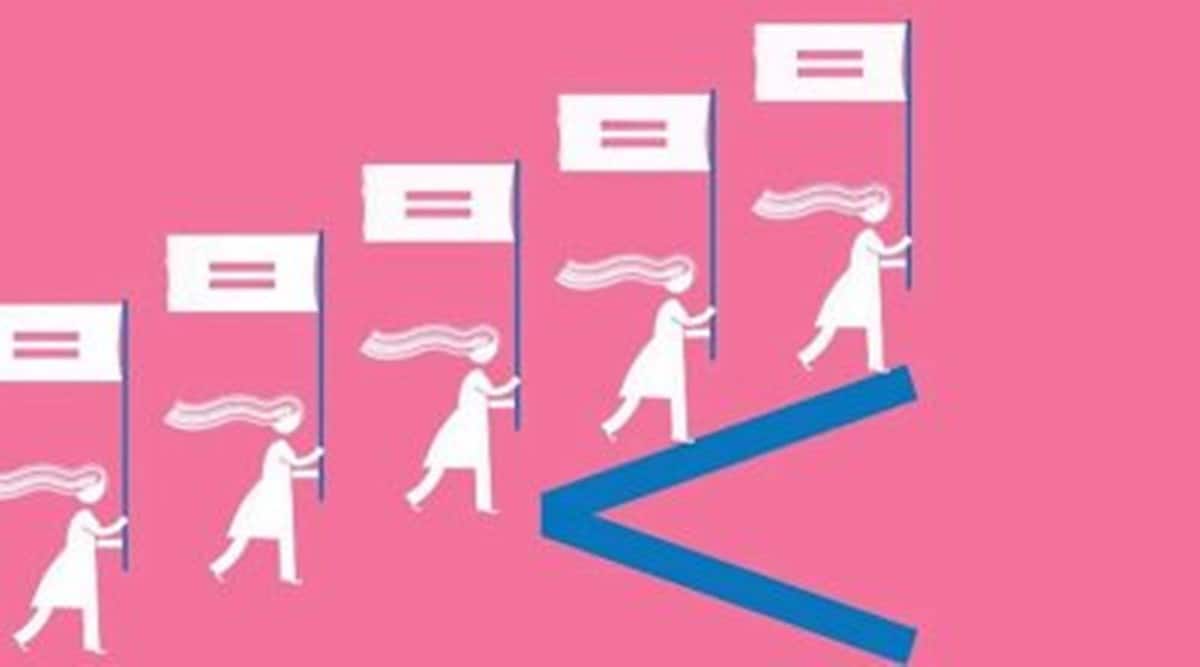