NEW DELHI :
The upcoming Budget must focus on creating demand, encouraging infrastructure spending and increasing outlays for the social sector, India Inc said in a survey released on Wednesday.

India Inc expects the government to continue with its policy focus on strengthening the manufacturing ecosystem, promoting research and development, and incentivising futuristic technologies in the upcoming Budget, the survey by Ficci and Dhruva Advisors said.

Also Read | Why server stacks are the new realty play

With the world’s largest immunisation programme currently underway in the country, time is ripe to further accelerate efforts to reinvigorate the economy, it added.

“The upcoming Budget must therefore focus on creating demand, encouraging infrastructure spends and increasing outlays for the social sector. These are the top three macro-economic themes, which members of India Inc would like to see in the upcoming Budget,” the survey noted.

According to the survey, while the growth trajectory has turned positive and the economy is looking up, the need for continuous support from the government remains. Demand has improved in a few sectors of the economy, but there is a need to watch this trend to see if the improvement continues in a sustained manner.

“There are many other sectors that still require continued government support in the recovery process. Given this, strengthening demand should be a clear priority and the tax policy should be used to meet this objective,” it said.

According to the survey results, nearly 40% of the participants feel that ‘personal tax relief’ should be the key theme of direct tax proposals in this year’s budget. Further, nearly 47% of the respondents have mentioned that their biggest ask from the government in respect of direct tax is ‘widening of the tax slabs’.

An area closely related to demand is employment, and the majority of the survey participants (nearly 75%) supported employment generation for which tax incentives and exemptions should be provided by the government.

The other two areas which came up in the list of priorities for seeking tax incentives and exemptions are ‘innovation’ and ‘exports’, with 53% of the surveyed companies supporting these.

The survey participants were also asked to highlight their current pain points from the taxation perspective and how the government can support them.

Results show that ‘timely receipt of refunds’ is a key challenge faced by as many as 52% respondents. This is closely followed by ‘tax compliances’ and ‘tax litigation’ with 49% and 43% of the respondents, respectively, reporting the same.

On the issue of stable tax policy, nearly 86% of the respondents highlighted that the government could promote this objective by bringing consistency at the tax administration level.

Besides, an overwhelming 90% of the survey participants said that enhancing economic activity through greater consumption and investment demand should be the government’s focus as it thinks of strategies to boost GST revenue.

Better compliance, including addressing issuance of fake invoices, was another key suggestion made in the context of augmenting GST revenues and this was supported by 56% respondents.

Ficci President Uday Shankar said the government’s top priority for 2021 should be on pulling the nation through the final phase of the pandemic and enable quicker economic recovery to pre-Covid levels of growth.

“Results of the survey show that the need for continuous handholding of the economy remains the top priority and Industry expects the Union Budget to include the next set of stimulus measures to spur demand.

“The Budget must prioritise growth-oriented measures over fiscal considerations. It must focus on employment generation and on putting more money in the hands of consumers – the twin engines that will boost demand and drive growth,” he said.

“Improving the ease of doing business, including ease of administration of the tax regime, are key asks of the industry to promote India as a global manufacturing hub. The Budget proposals will not only impact the near future but could also potentially shape India’s long-term growth trajectory,” Dhruva Advisors CEO Dinesh Kanabar said.

A bet on reforms-driven growth despite India’s fiscal compression

Budget 2021 will empower Indians to lead the world with confidence, courage, and conviction

A bet on reforms-driven growth despite India’s fiscal compression

Budget 2021 will empower Indians to lead the world with confidence, courage, and conviction 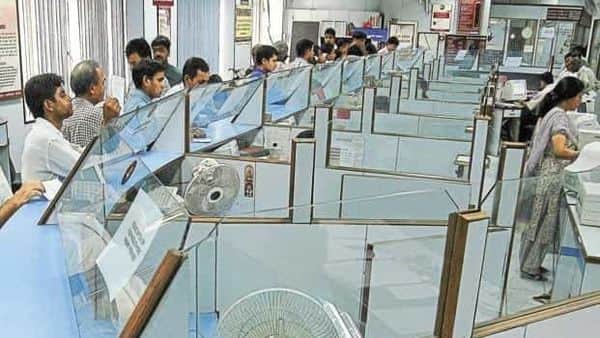