For others, like Square and MicroStrategy Inc., it was an opportunity to buy the dip, with words of encouragement from Ark Investment Fund’s Cathie Wood, a Bitcoin bull.

Ultimately, Bitcoin’s corporate investors will improve price stability.(1) At the same time, the rise of concentrated corporate holdings could pose a different kind of risk.

One wry criticism of Bitcoin is that its userbase resembles the distribution of wealth in North Korea: Just 2% of Bitcoin accounts hold 95% of the cryptocurrency in circulation. While technically true, these figures are also misleading.(2)

There are about 6.5 million Bitcoin addresses that control at least $100 worth of Bitcoin. In comparison, 43 million users rely on Coinbase to hold over $100 billion worth of Bitcoin. (Coinbase, the largest US cryptocurrency exchange, announced plans last week to go public.)

The three largest Bitcoin addresses are controlled by cryptocurrency exchanges serving tens of millions of users. While Bitcoin makes it easy for anyone to be their own bank, the fact that the vast majority of Bitcoin users prefer to let third parties take custody of their assets sort of defeats the purpose of a decentralized cryptocurrency.

Bitcoin was designed to minimize reliance on corruptible human organizations. In the early days, each user was expected to run their own copy of the software, which would serve as wallet, miner, accountant and auditor. As long as everyone independently verified new transactions, the network would remain secure against censorship and counterfeit spending.

Corporate treasuries are less likely to manage their own funds.(3) It’s a matter of practicality. Bitcoin is a bearer instrument, and the industry is rife with stories of users who carelessly lost millions of dollars in a dumpster.

In a recent interview, MicroStrategy CEO Michael Saylor compares Bitcoin self-custody to handling an explosive device: “It’s like finding three of your employees and giving each one some nitroglycerin. ‘Take this home with you and bring it back in the morning. The three of you be careful, and don’t get too close to each other. And don’t drop it.’”

A Bitcoin isn’t a physical coin, or even a digital one. It’s a global accounting book where participants follow the same set of rules. In theory, those who run their own Bitcoin software are immune to unauthorized tampering with the protocol. In practice, money is a social construct. It’s not enough for a sovereign individual to maintain their own ledger; others must agree to the same ledger.

A medium of exchange has value if people accept it for things of value. Acceptance doesn’t have to be voluntary; in the U.S. we have legal tender laws. In the absence of government coercion, Bitcoin nodes support the network’s consensus rules by engaging in economic activity. The power to control the protocol is held by those willing to take Bitcoin in exchange for goods, services, or release from ransomware.

This control became apparent in 2017, when the founder of Grayscale Bitcoin Trust organized a group of Bitcoin corporate execs to propose a controversial change to the core protocol. The modification seemed harmless — it would double the number of transactions recorded per minute on the blockchain — but as a backward-incompatible rule change, the modification would split the network and potentially leave two separate cryptocurrencies jockeying for the identity of Bitcoin.

Bitcoin merchants and exchanges resisted, and signaled their opposition to the change. These economic participants threatened to reject any transactions that failed to follow their preferred protocol, effectively boycotting the modification. The agreement was eventually abandoned.

Elon Musk has floated the possibility that Tesla will allow customers to pay for their cars with Bitcoin. In doing so, Tesla will have far more influence over the Bitcoin protocol than it does by merely holding $1.5 billion worth of Bitcoin.

Meanwhile, corporate interest in Bitcoin is motivating traditional financial institutions to get with the program. BNY Mellon, the world’s largest custodian bank with over $2 trillion in assets under management, has announced an initiative to provide infrastructure for cryptocurrencies. Mastercard and Visa are coming around as well.

Only five years ago, the idea of Bitcoin-as-a-corporate-asset would have been met with eyerolls and derision. Institutional adoption is a sign of Bitcoin’s maturity, but its impact could potentially dwarf the preferences of smaller, independent users in the event of future protocol disputes.

On the other hand, if Bitcoin is to become a sovereign currency that overthrows legacy banking, it needs the price stability that comes from being on a lot of institutional balance sheets.

(1) From Goldman Sachs economist Jeff Currie: “The key to creating some type of stability in the market is to see an increase in the participation of institutional investors and right now they’re small.” He speculates that roughly 1% of the money invested in Bitcoin right now is institutional money.

(2) Though Bitcoin account holdings are public, the addresses are pseudonymous. Like everything else on the Internet, there’s no way to know who controls which Bitcoin account, or how many accounts a person has, or whether an account is even controlled by a human being.

(3) Despite being a $750 billion company, Tesla turned to Coinbase for its recent Bitcoin purchase.

This column does not necessarily reflect the opinion of the editorial board or Bloomberg LP and its owners.

Elaine Ou is a Bloomberg Opinion columnist. She is a blockchain engineer at Global Financial Access in San Francisco. Previously she was a lecturer in the electrical and information engineering department at the University of Sydney.

A Wave Of Billion-Dollar Computer Vision Startups Is Coming 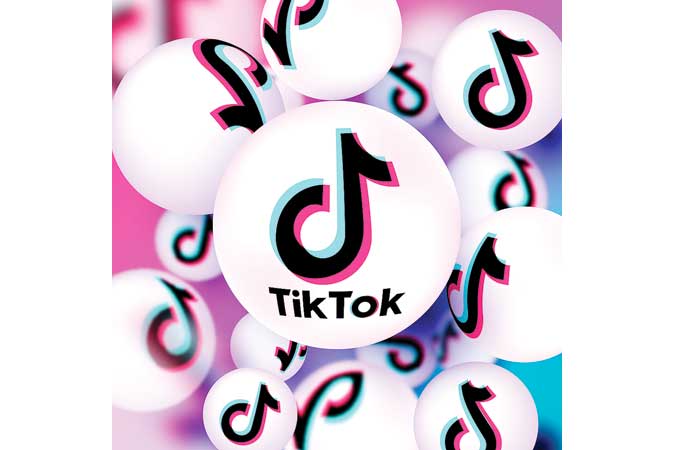