Amid the dismal economic numbers triggered by the slowdown of the economy followed by the Covid pandemic, one set has stood out as the bright spot: the data on inflows of foreign direct investment (FDI) into India. During the first nine months of the financial year 2020-21, total FDI inflows were more than $67.5 billion, over $12 billion or 22% higher than the corresponding period in 2019-20. This implies that the inflows during the previous financial year would exceed the record level of inflows registered in 2019-20, which was $74.9 billion. Equity inflows have contributed to the spurt in FDI inflows, increasing to nearly $51.5 billion during April-December 2020-21, from $37.8 billion during the corresponding period in the 2019-20 fiscal. Thus, equity inflows had increased by over 36%.

Coming as they did during one of the most crippling downturns ever to have been experienced by the global economy, these numbers look extremely encouraging. In our view, two logical questions need to be asked to understand the significance of these inflows. First, to what extent can these FDI inflows contribute to the revival of the Indian economy by creating productive capacities? Secondly, would these inflows support the flagship programme of the government, the Atmanirbhar Bharat Abhiyan, announced in the wake of the pandemic for the turnaround of the manufacturing sector? The government has recently unveiled detailed company-wise data on FDI inflows for the third quarter of 2020-21, which provide the answers to these questions.

Financial year 2020-21 was especially important as it saw Reliance Industries’ stock sales to foreign investors. While Covid drowned some of the headlines of its “strategic partnerships” with some major foreign companies, available data helps us put Reliance’s deals in the context of the overall FDI inflows into India.

Between April and December 2020-21, the Reliance Group sold equity shares in seven companies to foreign investors, which were worth nearly $28 billion. Thus, of the total equity capital invested by foreign companies in India during this period, over 54% was accounted for by stock sales by the Reliance Group. More than $20 billion of promoter’s shares in Jio Platforms, currently having the largest wireless subscriber base in India, were sold to 14 foreign investors, including Facebook, Google, KKR & Co. Inc, and Qualcomm. These “investments” by the foreign companies involved a mere transfer of shares without creating productive assets in the country, or, in other words, contributing to the revival of the economy.

In April 2020, Reliance group decided to sell 9.9% of its stake, worth over $5.8 billion, in the Jio Platform to Facebook, one of its competitors in the digital business. The deal offered two significant benefits to the foreign partner: one, to achieve substantial expansion of its social media reach by piggy-backing on Jio Platforms and two, giving Facebook more than a sniff in India’s rapidly expanding ecommerce business through Jio Mart. Following the Facebook deal, Reliance announced its partnership with Google for building an Android operating system in July 2020. Four months later, and after the Competition Commission of India had given its green signal, Reliance sold $4.5 billion of its stock in Jio Platforms or a 7.7% stake in the company.

Why is Facebook’s shareholding pegged at 9.9%? This could be because the International Monetary Fund (and also the Reserve Bank of India) states that if a foreign investor holds 10% or more of voting shares in a company, he “exercises a significant degree of influence on its management”. Therefore, Jio Platforms remains “Indian controlled”, even though two major foreign companies now own nearly 18% of its shares.

Looking beyond the Reliance deals, we need to ask whether the patterns of FDI inflows during April to December 2020-21 are in sync with the development priorities set by the Government of India. In this regard, the major focus should be on the Atmanirbhar Bharat Abhiyan, anchored on the revival of the manufacturing sector. According to the government, FDI is one of the critical elements for implementing this programme.

Data on FDI inflows shows that contrary to the government’s expectations of larger magnitude of inflows into the manufacturing sector, this sector received just 13% of the total. The services sector attracted nearly 80% of the total inflows, with information technology enabled services (ITeS) being the largest component, accounting for over 47% of them. This is hardly surprising given that the RBI has classified the activities of Jio Platforms as “other information technology and computer service activities”. Other than services, wholesale and retail trade were the two prominent sectors.

It is quite clear that FDI inflows during April-December 2020-21 were not in consonance with the development priorities of the government. The question that must then be asked is the following: Are these record levels of FDI inflows a cause for celebration? 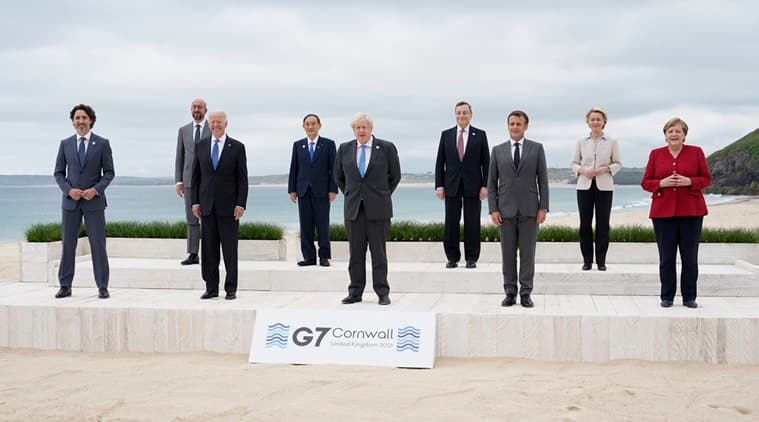