Just yesterday, we came across the first set of the upcoming Suzuki Hayabusa 2021 leaked images. Now, it is turn for the whole video. Yep, the new Hayabusa’ official product video has made its way on to the interwebs. For all those who have been waiting to get a closer look at this upcoming bike — well, there you have it. The leaked video of the new Hayabusa 2021 reveals the upcoming Suzuki bike in its entirety. At first look, it appears the bike has retained the platform as well as the overall design and aesthetics of the old Suzuki Hayabusa. Let’s just say even in its third generation avatar, that is undeniably a Hayabusa.

Nonetheless, the design appears to be much more sharp and sleek than before. The new superbike features a redesigned three-part lighting set up with signature air vents, a seemingly bigger pillion seat cowl, twin boomerang LED tail-lights, etc. Now, the video doesn’t reveal the features that the new Suzuki Hayabusa 2021 will come equipped with, but we spotted LED headlights, analogue dials in the instrument cluster, and a TFT multi-info display among other things. 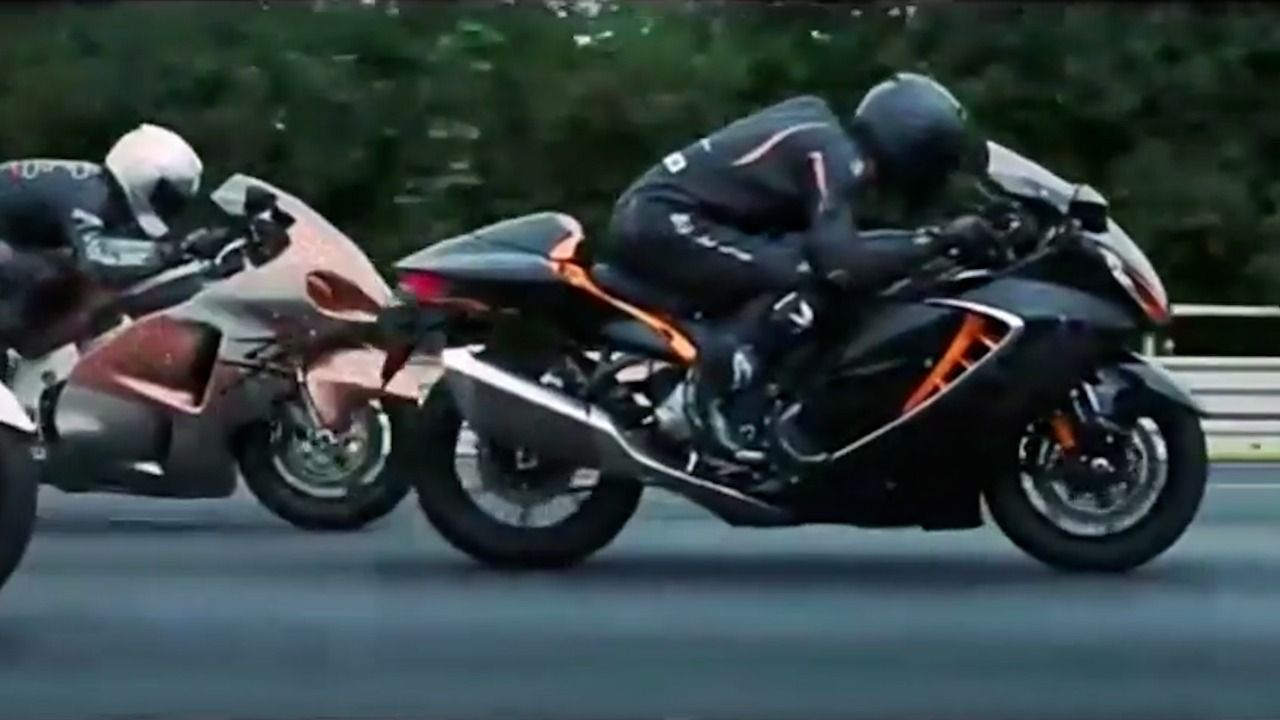 We reckon the two-wheeler manufacturer will also equip the superbike with an IMU-based traction control system, ABS, launch control, and the Suzuki Drive Mode Selector (SDMS) with individual engine mapping for every selected mode.

There doesn’t appear to be much information about the new 2021 Hayabusa’s engine. Some reports claim it will get a brand new engine, while others say Suzuki will equip the bike with an updated iteration of the old Hayabusa’s engine. We only have to wait a maximum of two days to know for sure.